GBP / USD. 13th of September. Results of the day. Meeting of the Bank of England: nothing interesting 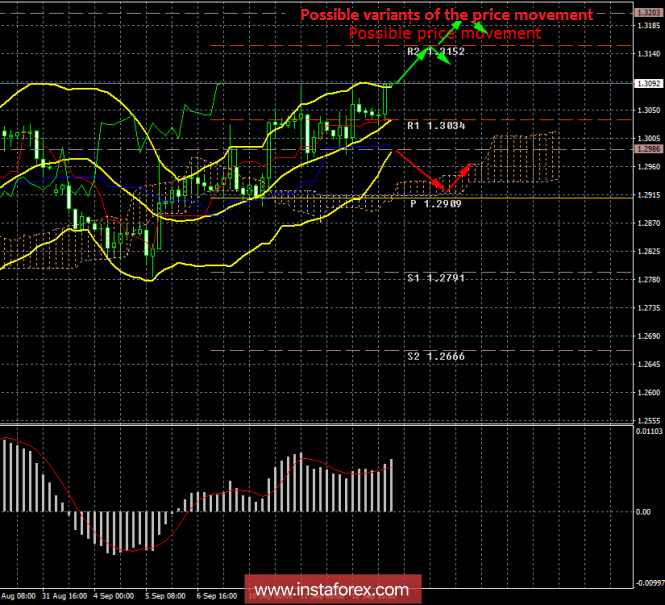 The British pound sterling on Thursday, September 13, also began to grow on the American trading session. And this was also connected not with the meeting of the Central Bank of the country-issuer, but with the slowed-down inflation in the States, which we already wrote in the review of the currency pair EUR / USD. Thus, the meeting of the Bank of England, or rather, its results were ignored by traders, although, by and large, there was nothing to react to. The key rate and the monthly volume of asset purchase remained at the same level, the accompanying statement did not contain any extra information. The only thing that can be noted is the fears of the British regulator in the results of negotiations on Brexit. But this is quite a logical and expected statement, which so far has no consequences for itself, the parties can still agree. In general, the Bank of England is determined to further gradually tighten monetary policy, if it does not interfere with the results of Brexit. But the inflation in the States interested traders much more. The CPI slowed to 2.7% y / y in August, which caused some concern for the future of this indicator. However, in any case, we consider such a market reaction to short-term inflation, and the positions of the euro and the pound will now depend on Trump’s plans for the near future regarding the US currency rate. If, as we assume, the US leader set a goal to lower the rate, he will achieve this by any methods, some of which, most likely, will not even be known. Thus, technical indicators will continue to help determine the current trend, depriving traders of the need to guess the possible actions of Trump, hidden from the public.

The GBP / USD currency pair resumed its upward movement. Thus, now it is recommended to trade on the rise with the targets of 1.3152 and 1.3203. Turning the MACD indicator down will signal the beginning of the downward correction.

Short positions are still not recommended. Short positions will become relevant after a change in the trend for the instrument downward, which can be determined by fixing the price below the critical line.