GBP/USD. 17 October. Results of the day. Inflation in the UK has slowed: the pound is declining 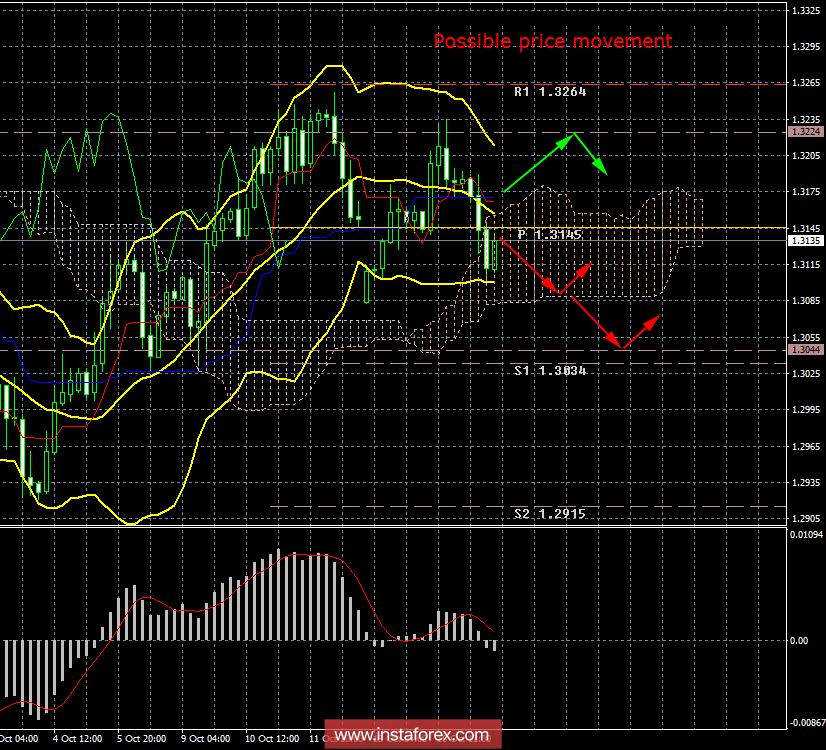 The British pound on Wednesday, October 17, overcame the critical line and continues its downward movement. The consumer price index, published today in the UK, was significantly worse than the forecast values (2.4% vs. 2.8% yoy). Thus, traders received grounds for selling the British currency in the afternoon. On a monthly basis, inflation slowed from 0.5% to 0.1%. In addition, the EU summit started today, which will be discussed once again the conditions of the UK’s exit from the European Union. Donald Tusk has already stated that the talks can continue in November and December, since the main goal facing the parties is to reach a consensus. Tusk also noted that the transition period can be extended. However, not a word about the “stumbling blocks” (Northern Ireland border, trade between the EU and Britain after Brexit). No official information from the summit yet. However, it can appear at any time. We believe that the likelihood that the parties will come to a consensus at this summit is not great. EU representatives have already noted that it is necessary to prepare for a “hard” Brexit scenario. And smoke without fire, as you know, does not happen. Thus, we believe that the probability that London and Brussels will agree is not more than 30%. And the pound sterling may continue to fall in price both before the market receives official information (any), and after that, if it turns out that the negotiations have come to a standstill again. From a technical point of view, the trend for the instrument has already changed to a downward one, a “dead cross” may form in the near future.

The GBP/USD currency pair continues to move down to the Senkou Span B line. In case this line has been overcome, the goal will be the support level of 1.3044. Thus, shorts are now relevant in small lots.

Buy-positions can be considered again only after the price is fixed back above the Kijun-Sen line. This will require optimistic information from the EU summit in the current circumstances. In this case, the target for the longs will be the level of 1.3224.