GBP/USD. 18 October. Results of the day. EU leaders canceled the summit on Brexit, scheduled for November. 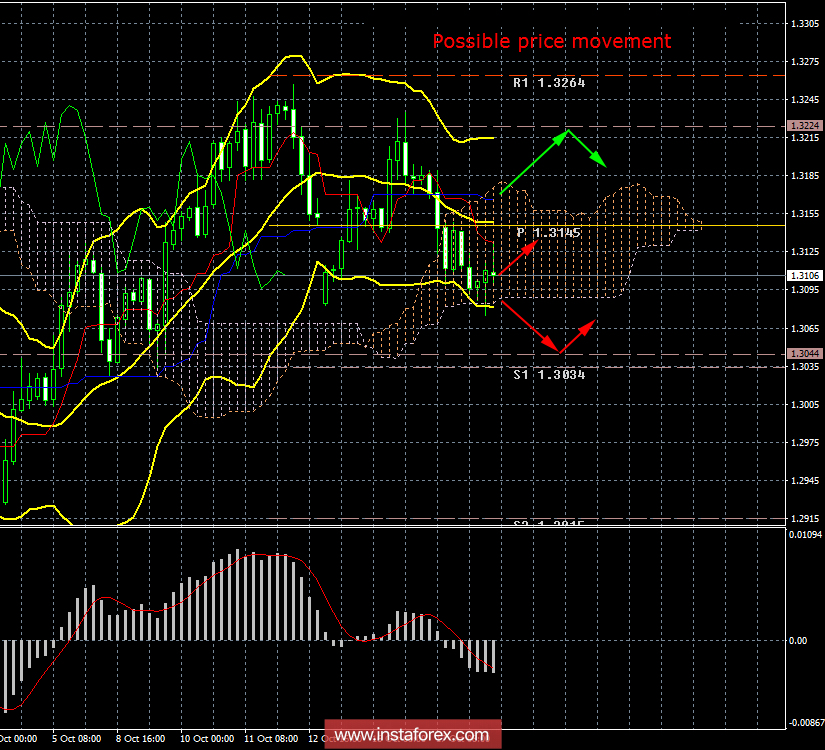 The British pound on Thursday, October 18, fell to the lower limit of the Ichimoku cloud, but could not overcome it on the first attempt. However, at the moment it seems that this is only a temporary stop. By all indications, talks on Brexit failed, a new round of negotiations was canceled by EU leaders. Thus, the probability that the UK will leave the EU without any agreements is growing. But this is not the main thing now. The question is what will Theresa May do, who is at a certain crossroads. On the one hand, the lack of a “deal” with the EU is a serious blow to her image and political rating. In particular, Boris Johnson has already hinted that he is ready to accept the post of prime minister. On the other hand, to conclude a “deal” with the EU means to make new concessions, which the British Parliament will not understand and, most likely, will not support the vote. Thus, the current prospects of the pound sterling are again extremely weak. If we add to this the weak report released today on retail sales in the UK, the picture for the English currency becomes quite sad. On the technical side, further downward movement limits the Senkou Span B line, however, it seems that it will not stand under the onslaught of bears. If the price overcomes this line, the sell signal from Ichimoku will be strengthened, and the path will be open to the first support level of 1.3034.

Buy-positions can be considered again no earlier than the price fixing above the Kijun-Sen line. In this case, the trend will change to ascending, but in current conditions it is difficult to imagine what fundamental information will be able to support the pound.