GBP/USD. 6 November. Results of the day. The mood of the British about Brexit has changed 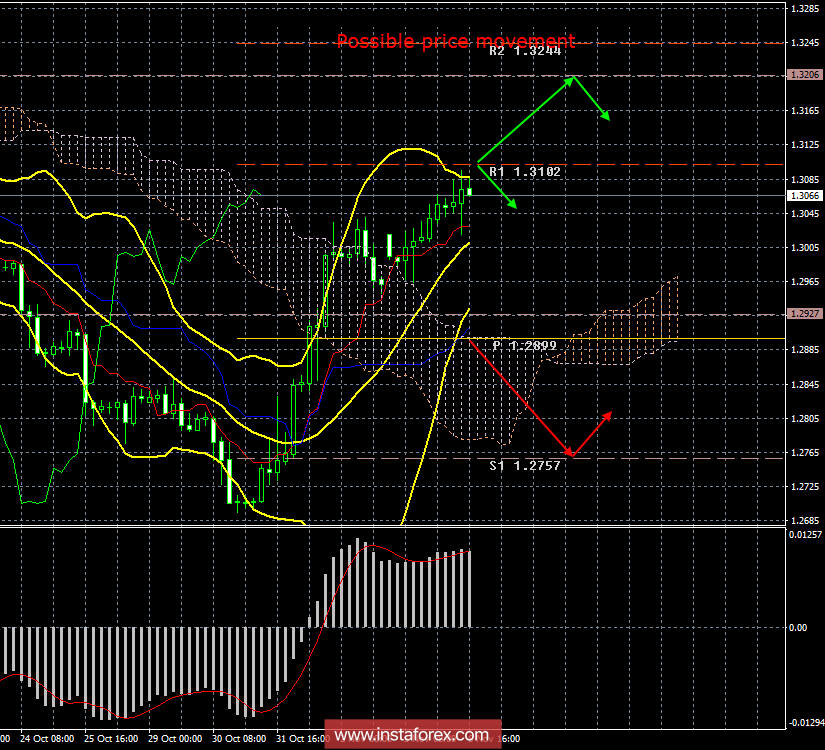 The pound continues not too strong, but a confident and almost recoilless upward movement against the background of a new wave of rumors that the final agreement with the EU has been reached by 95%. This was once again stated by British Prime Minister Theresa May. We have repeatedly drawn the attention of traders to the fact that May’s political positions are falling, and many are unhappy with her plan for leaving the EU. However, the current main problem of Britain is that there is no consensus on many issues. For example, 2 years ago during the referendum the majority of votes for the exit from the EU was minimal. Now, according to surveys of independent agencies, Brexit support is at only 46% (was 52%). That is, again, the mood has changed, but the advantage of those who voted against is minimal. Thus, the United Kingdom is at a crossroads, when, despite the “95% readiness of the agreement”, there is a huge number of issues and disagreements both in Parliament and among the population. The theme of elections to the US Congress has so far had a very weak impact on the currency pair. Most likely, the reaction will follow after the results of the elections. From a technical point of view, the pair almost fulfilled the resistance level of 1,3102. Thus, the price rebound from this target can provoke a round of downward correction.

The GBP/USD currency pair continues to move up. Thus, it is now recommended to continue to be in long positions with a target of 1,3102, and in case of overcoming this level, with a target of 1,3206. A turn of the MACD indicator down (may be discharged) will serve as a signal to reduce longs.

It is recommended to open sell positions not earlier than fixing the price below the critical line, which will mean changing the trend for the instrument to a downward one. In this case, sales with a target of 1.2757 could be considered.