GBP/USD. A new draft solution for the Irish border issue inspired the bulls of the pair

The pound/dollar pair on the weekly chart approached an important resistance level of 1.3160 (the average line of the Bollinger Bands indicator on W1), an overcoming of which will open the way for the bulls of the pair to the 33rd figure – to the lower border of the Kumo cloud. Also, the weekly timeframe tells us that, starting from the annual low notched in early August, the pair is confidently going up, demonstrating the upward trend.

Such dynamics in the conditions of the “divorce process” of Britain and the EU is an achievement for the pound: the last time the British currency showed such growth rate was at the end of last year, when the first stage of Brexit negotiations was completed. At the moment, the rates are much higher – within the next 5-7 weeks it will become clear what scenario will develop further.

Another upward impulse of the GBP/USD pair yesterday was associated with two factors: first, it is the position of Michel Barnier on the eve of the informal EU summit devoted to the Brexit issue. Secondly, it is the dynamics of the US-China trade war. On the one hand, the White House announced yesterday the introduction of 10 percent tariffs on Chinese goods worth $200 billion (from September 24). On the other hand, officials from Beijing reacted quite cautious to this decision – according to the Ministry of Commerce of the PRC, negotiations continue to be the only opportunity to resolve the problem. After this statement, the demand for defensive assets (including the dollar) decreased.

In addition, against the background of a half-empty economic calendar, traders yesterday drew attention to the production index, which is calculated by the Federal Reserve Bank of New York (Empire Manufacturing). In August, it rose to just 19 points – the worst result since April of this year. As a result, the dollar index sank to a 1.5-month low, to the bottom of the 94th figure.

However, macroeconomic statistics are now secondary. The informal EU summit, which starts on September 20, dominates the GBP/USD pair, so any positive signal (even the most insignificant) has a strong impact on the pair. Despite the principled positions of the parties, optimistic comments can be heard more often. 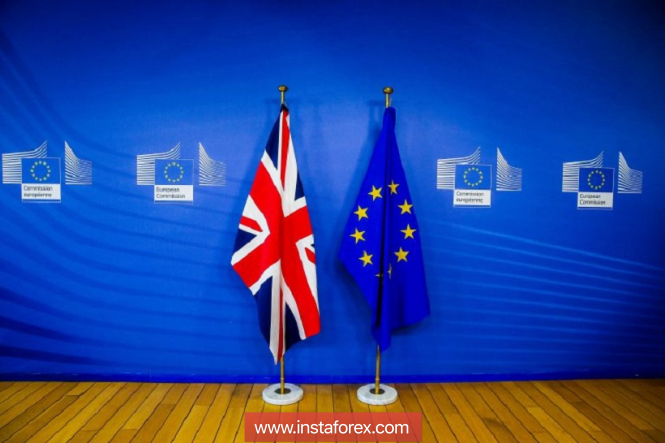 For example, the chief negotiator from the European Union recently reported that at the moment the dialogue between Brussels and London is developing “in an atmosphere of constructive cooperation.” He said this at a meeting with the Spanish Prime Minister, discussing the issue of Gibraltar. It should be noted that along with the Irish border, this issue is also quite complex. Gibraltar is an overseas territory of Great Britain, which is also disputed by Madrid. But the question of belonging is not discussed now – the parties focused on the fate of the Spaniards who will live and work in Gibraltar after Britain’s exit from the EU.

However, the key problem of Brexit is still the question of the Irish border. If London and Brussels reach a consensus here, the probability of a deal will increase as much as possible. And there are certain hopes for this: on October 3, a new draft proposals for resolving the issue of the Irish border will be published, which will include fundamentally new ideas. At least, that’s how Michel Barnier announced the developments.

The British press received some details of these proposals. In particular, Europe will offer to use barcodes on containers and boxes of goods in order to minimize customs inspections and bureaucratic procedures. In other words, the essence of the new project is to minimize border checks, while preserving the essence of the single market. On the other hand, there will be no free movement of goods across the border (which meets the requirements of London) – in one form or another, but the control will be carried out by customs authorities. According to Barnier, this project is the most accurate, and meets the requirements of both Brussels and London.

And although the project is still being finalized, and the reaction of the British is still unknown, the market was inspired by the hope to resolve the most difficult issue of the “divorce proceedings”. It is likely that during the informal EU summit, representatives of London will comment on the proposed ideas – and if they are positive, the pound will receive strong support throughout the market. Overall, Theresa May is sticking with her plan to exit the EU, which is sufficiently “Pro-European”, compared with previously proposed scenarios. Therefore,in my opinion, a compromise on the Irish border will be found in the coming weeks, especially since Brussels has also softened its position, largely meeting the British.

From the technical point of view, the key resistance level is the price of 1.3160 – the upper line of the Bollinger Bands indicator on the daily chart and the average line of this indicator on the weekly timeframe. It is important not only to overcome impulsively, but also to gain a foothold over it: in this case, we can talk about further price growth in the area of the 32nd figure and in the future-to the lower boundary of the Kumo cloud on W1 (1.3350).