The pound paired with the dollar entered the 29th figure and has every chance to fall down to its bottom, or rather to the level of 1.2905, where the support level is located, corresponding to the lower line of the Bollinger Bands indicator on D1 and the lower border of the Kumo cloud on the same timeframe.October is of crucial importance to the GBP/USD, since Brexit’s fate must be decided this month. Let me remind you that the informal EU summit, which was held in September in Salzburg, Austria, disappointed traders. The market saw that London and Brussels are at different poles in assessing the future prospects of the “divorce process” contrary to the optimistic statements of the negotiators. The likelihood of a hard Brexit sharply increased in many ways with all the ensuing consequences. These consequences, as is known, are extremely negative, although objectively their scale is difficult to assess now, given the comprehensive and systemic changes. 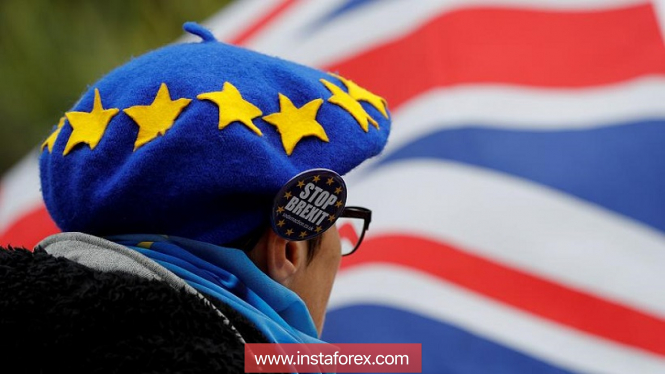 At the same time, representatives of the parties are trying to do a good face in a bad game: comments from politicians and/or representatives of the negotiating group regularly appear in the press, who assure journalists that the parties have made “substantial progress”. It is also quite common to hear that London or Brussels are making any concessions that will help to reach a common compromise. As a rule, these informational optimistic ones either do not find their confirmation or are leveled by subsequent events of the negotiation process.

The market in this regard has already been taught by the “bitter experience”: in early September, the GBP/USD rate nearly jumped to the 33rd figure solely due to encouraging estimates, which subsequently failed. The summit in Salzburg became a “cold shower” for the bulls of the pair, so now they are very wary of such news from the fields of the negotiation process. For example, literally at the beginning of this week there were rumors that Britain was ready to make concessions on the key and most difficult issue that concerned the fate of the Irish border. The pound/dollar reacted to the news with a corrective growth, which was more of a formal nature: after none of the officials confirmed such intentions, the British currency returned to the downward trend.

Therefore, it is not surprising that yesterday’s performance of Theresa May did not help the pound to regain its position. Although the prime minister voiced quite a “peace-loving” premise, indicating her desire to make a deal with Brussels. For example, she said that her government wanted to preserve the principles of free trade with the EU with an additional opportunity to enter into new trade agreements with third countries. But its main message was somewhat different. 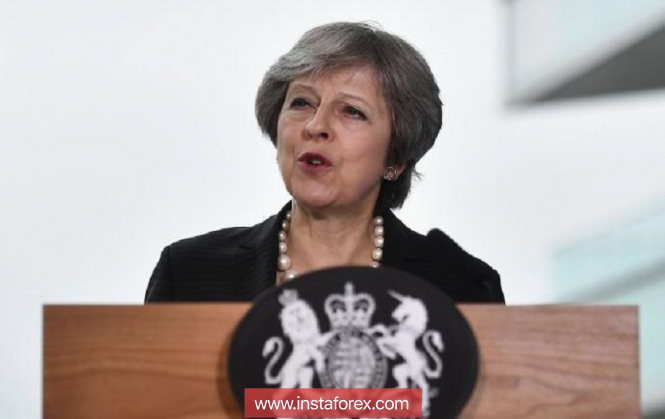 She devoted a significant part of her speech to the escalation of the situation, describing in detail the consequences of the country’s exit from the EU without a deal. These are high custom duties and red tape at customs, and a fall in investment attraction, and trade barriers, and so on and so forth. This list of possible consequences has repeatedly been voiced by various experts, but it was the first time that it came from the mouth of Theresa May in a long time. Now analysts are arguing about what goal the prime minister pursued with her speech and why she decided to take such a position in the public sphere now.

Some experts say that in this way May is preparing the ground for Britain’s chaotic withdrawal from the European Union – on the one hand, demonstrating its desire to conclude a deal, but on the other hand, hinting at the intractability of Brussels, which “does not allow the British to carry out its will, voiced in the referendum.” Other experts are inclined to another option. In their opinion, such a maneuver bore the opposite goal: to prepare Brexit supporters to significant concessions from London. In this context, Theresa May’s phrase that if Britain would initially completely rule out the scenario without making a deal, sounds interesting enough, her position at the talks would have looked much weaker. Given the fact that she voiced this thesis at the annual conference of the Conservative party, the meaning of it can be interpreted as preparation for a “big compromise”. Moreover, as May’s team refused to hold early elections in November, although this scenario was only recently considered as one of the basic ones.

But the market ignored this nuance, clinging only to the phrase that “Britain is in any case ready for the absence of a deal.” As a result, the pound again succumbed to the depressed mood of traders who no longer expect anything good from the Brexit negotiations. In my opinion, it is too early to draw such pessimistic conclusions, as London will not be able to “bluff” endlessly, letting the situation take its course. By the way, big business is also contributing to the negotiation process: recently, companies such as Airbus and BMW, said that they would close their factories in Britain if the country decided on a chaotic exit from the EU. For Theresa May, this is another argument in favor of a compromise with Brussels, in addition to the chaotic scenario that she voiced herself.

Thus, the GBP/USD pair has a significant price gap for its decline – to the support level (the lower line of the Bollinger Bands indicator coinciding with the lower border of the Kumo cloud on the daily chart). Further growth is under question, given the approaching “X hour” and the changed rhetoric of Theresa May. If the parties in the next two weeks show willingness to compromise (primarily on the issue of the Irish border), the pound will rapidly regain its position throughout the market, and the GBP/USD pair will not be an exception here, despite the dynamics of the US currency.