GBP/USD. November 5. Results of the day. The British pound takes advantage of the moment and increases in price 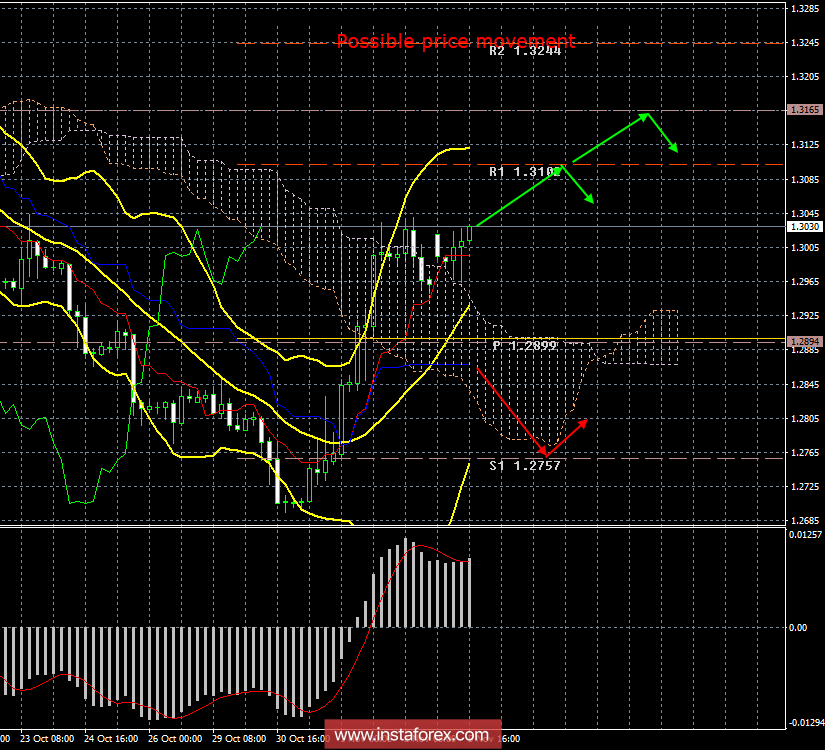 The “Golden days” came for the pound sterling. As it failed to properly adjust, the pound sterling began to increase again, however, it was not yet possible to overcome Friday’s high. However, this may happen in the next few hours. At the same time, the British Parliament received information that Theresa May’s agreement with the EU regarding the customs union is not true. The market has repeatedly received such “ducks”. And every time it was optimistic information for the UK, and its currency was in high demand. In principle, this time it was the same. On the other hand, the British currency cannot become cheaper forever and constantly. There should be at least technical corrections. Despite the final results of the Brexit negotiations, a correction is now underway, and there is no reason to assume its completion at the moment. The market can only expect new and, preferably, official information on the topic of Brexit, which in recent weeks is the number one topic for the British pound. The whole process has been going on for about two years, and during this time the pound has sharply fallen in price. The hopes of the market are connected with the fact that at least Brexit itself will be organized and “soft”. Otherwise, the economy of Great Britain will suffer much more seriously, as well as the national currency. The index of business activity in the UK services sector in October was below the forecast values (52.2 against 53.3), but this report had no impact on the movement of the pair.

The GBP/USD currency pair continues to move up after a minimal correction. Thus, long positions with the target of 1,3102 are now relevant, and the MACD indicator reversal upward will confirm the resumption of the uptrend.

It is recommended to open sell positions not earlier than traders overcoming the Kijun-sen line, which will mean a change in the trend for the instrument to a downward one. In this case, it will be possible to open shorts with a target of 1.2757.