GBP/USD. October 15th. Results of the day. The fate of the pound may be decided at the summit on October 17-18 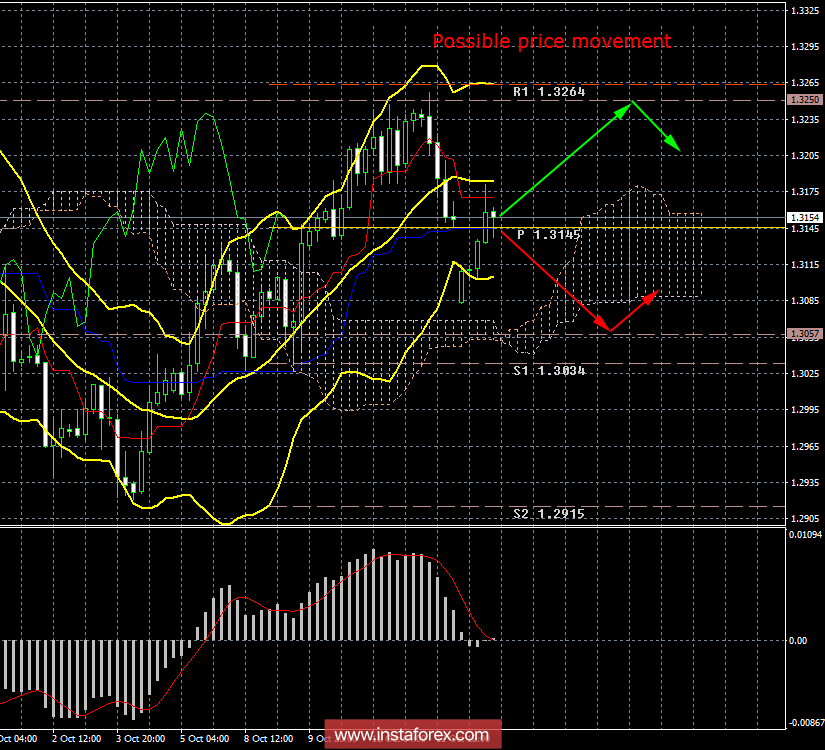 Average amplitude over the last 5 days: 96 PT (97 p). The British pound opened today with a large “gap” down, but managed to close it during the day.

In principle, the technical picture of the last two days for EUR/USD and GBP/USD pairs is the same. The only difference is that the pound is more volatile. At the moment, the price has consolidated back above the Kijun-sen line, which may mean the completion of a deep correction and the resumption of an uptrend. However, the MACD indicator is still pointing down (!!!), which is due to the formation of a “gap” at the opening of the market. Thus, the indicator readings are simply incorrect now. As for the fundamental component, in addition to the report on retail sales in the US, which slightly increased the demand for the pound during the day, there is nothing to note today. Even no new rumors about Brexit has not been received. Thus, market participants are fully focused on the summit, which will be held on 17-18 October, and which is highly likely to be either signed an agreement or negotiations will fail completely. Of course, everyone, especially traders, now believe that the “deal” will be signed. But we think the odds are about 50/50. If the parties could easily concede on the Northern Ireland border, they would have done so long ago. Nobody wants to give in, and Britain needs the “deal” first. But additional concessions to the European Union will lower Theresa May’s political ratings even more. Not everyone is happy with her rule and negotiations in the UK.

The GBP/USD currency pair seems to have completed the correction, but the breakdown of the Kijun-sen line may be false, given the nature of the next bar. Thus, now it is recommended to hurry with the opening of new longs, it is better to wait for clarification of the situation.

Sell positions are relevant as long as the price is below the Kijun-sen line. But MACD did not react to the upward correction and now can not signal its completion with a turn down.