GBP/USD: turned away from the pound

Wednesday’s trading day is marked by uncertainty. The dollar is gaining momentum ahead of the publication of the latest minutes of the Federal Reserve, and the pound and defensive instruments are waiting for the outcome of the EU summit. General nervousness plays in favor of the US currency, especially after the recovery of the US stock market. The British currency, in turn, is not only under the pressure of negative rumors about Brexit, but also due to the slowdown of inflation indicators. There was no trace of yesterday’s optimism, after which the GBP/USD pair headed towards the 30th figure.

Meanwhile, there are no results of the key summit yet: only a working dinner will be held tonight, while Theresa may is holding bilateral meetings with its participants. Therefore, the main statements will be announced or closer to the night or (most likely) by tomorrow. But the pound is already getting cheaper throughout the market, as negative forecasts regarding the Brussels meeting began to prevail in the information field. For example, German Chancellor Angela Merkel said today that Germany has begun preparations for a chaotic Brexit, as the issue of the Irish border remains an insurmountable stumbling block. The head of the European Council Donald Tusk yesterday took a similar position, adding that the probability of “hard” Brexit is high as ever.

Representatives of other countries are less categorical, but most of them are wary of the upcoming negotiations. Increasingly, there are thoughts that the parties need a time gap until November, December or even January. It is difficult to say whether the rhetoric of the Europeans is a “strategic maneuver” on the eve of the main negotiations, but, apparently, the parties do not really expect any breakthrough from the October meeting. 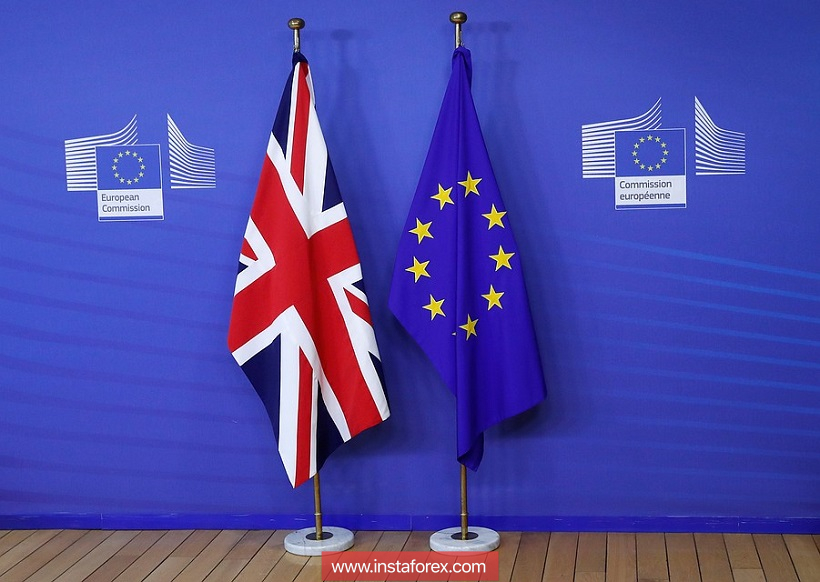 According to a number of experts, there is an elementary “game of nerves”: despite the fact that the parties planned to reach a compromise in September, the so-called “red line” is still relatively far away. Therefore, so far it is possible to exhaust each other with threats of chaotic Brexit with all the ensuing consequences. Such behavior is a risk, as after another failure in Brussels under Theresa May could once again stagger the prime minister’s chair, not only in opposition to the labour, as there are many representatives of the Conservative Party who oppose her.

However, according to other experts, Theresa May is in no hurry to make a deal at this summit. The fact is that at the end of October, the British Parliament will adopt the country’s budget for the next year, in connection with which the prime minister needs the votes of deputies. In turn, representatives of the Democratic Unionist Party (May’s coalition ally) threatened the prime minister that they would not support the adoption of a financial document if it made concessions on the Irish border. Therefore, Theresa May can delicately circumvent this problem by postponing the signing of the agreement for November.

Thus, the preliminary information background does not bode well for the bulls of the GBP/USD, and today’s weak data on inflation offset the positive effect of yesterday’s release on the labor market (where a significant increase in wages was recorded).

The dollar, for its part, is also beginning to exert pressure: the US currency again began to be in demand against the backdrop of an uncertain geopolitical situation. Yesterday, several Republican congressmen called for sanctions against Saudi Arabia if information about Riyadh’s involvement in the disappearance of an opposition journalist is confirmed.

In addition, the minutes of the September meeting, published today, can also support the dollar. Although this meeting took place before the release of rather weak inflation data in the US, the rhetoric of the document is important for the market. Here it should be recalled that the Federal Reserve in September not only raised the rate, but also excluded from the text of the accompanying statement the definition of “stimulating” in relation to the monetary policy.

Although in the future, Fed officials (including Powell) stressed that the actions of the regulator are still mild and not deterrent. The minutes of the meeting can clarify this situation, thus outlining the prospects of monetary policy next year. In other words, today’s release may, firstly, increase the probability of a hike in December, and secondly, increase/decrease the probability of accelerating the pace of monetary policy tightening in 2019. If the “hawkish” notes will prevail, the dollar will get another reason for its growth.

From a technical point of view, the situation with the GBP/USD pair has not changed: the price is still clamped in the range of 1.3105-1.3280, where the support level is the middle line of the Bollinger Bands indicator, which coincides with the Tenkan-sen line on the daily chart, and the resistance level is the top line of the Bollinger Bands on the same timeframe. Depending on the outcome of the EU summit, the pair will go to one of the boundaries of the range, followed by its breakdown.