Intraday technical levels and trading recommendations for EUR/USD for August 8, 2018 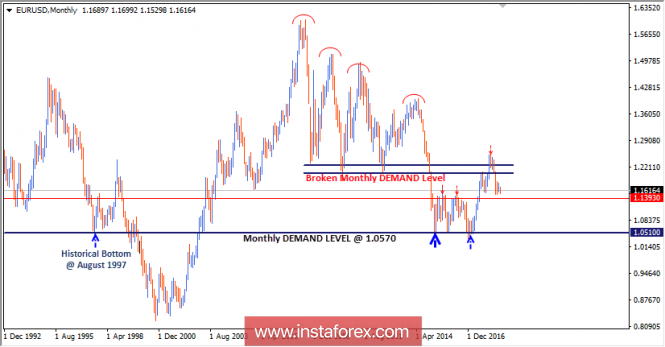 Lack of enough bearish momentum allowed another bullish pullback to occur again towards 1.1750 (the depicted supply zone) where another episode of bearish movement was initiated towards 1.1520.

On the other hand, recent signs of bullish rejection were expressed around the lower limit of the mentioned consolidation range (1.1520). Hence, another bullish movement towards 1.1750 should be expected.

The EUR/USD pair remains trapped within the consolidation range of 1.1750-1.1520 until breakout occurs in either direction.