Intraday technical levels and trading recommendations for EUR/USD for July 12, 2018 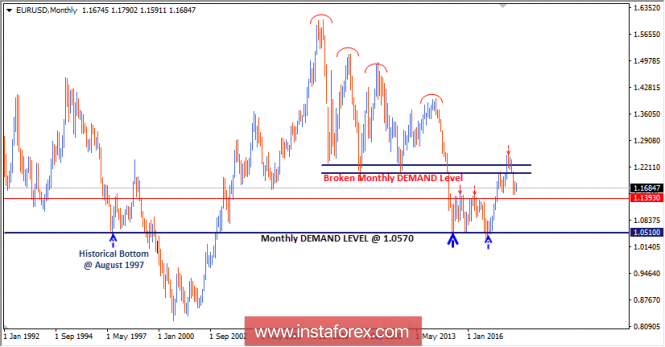 Hence, the EUR/USD pair remains trapped inside a consolidation range between the depicted key-levels 1.1520 and 1.1800 until breakout occurs in either direction.

Early weak signs of bearish rejection around 1.1800 were already manifested on the chart. That’s why, further bearish movement towards was anticipated towards 1.1670 initially.

Please note that any bullish breakout above 1.1750 will probably enhance further bullish advancement initially towards 1.1850 where price action should be watched.