Intraday technical levels and trading recommendations for EUR/USD for July 27, 2018 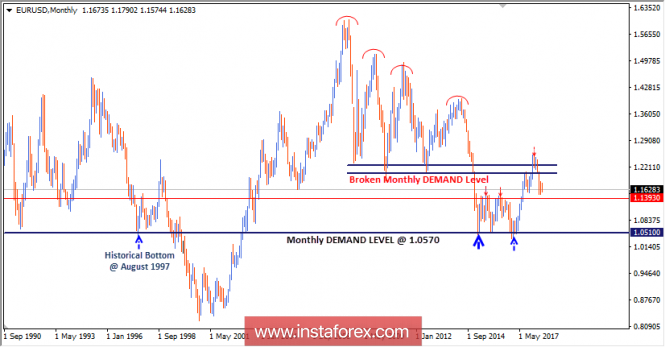 Daily OutlookIn April 2018, the EUR/USD pair outlook turned to become bearish when the pair pursued trading below the broken uptrend as well as the lower limit of the depicted consolidation range.