Intraday technical levels and trading recommendations for EUR/USD for July 30, 2018 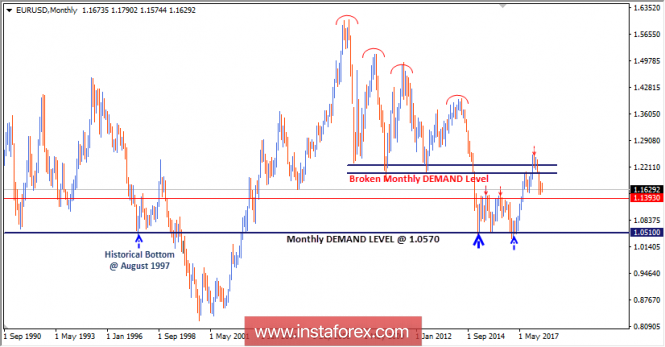 Daily OutlookIn April 2018, the EUR/USD pair outlook turned to become bearish when the pair pursued trading below the broken uptrend as well as the lower limit of the depicted consolidation range.

Conservative traders should be waiting for a bullish breakout above 1.1750 as a valid bullish signal. Bullish targets would be located around 1.1850 and 1.1990.