Markets calmed down, for how long?

Monday trading in the foreign exchange market was rather calm. The lack of news, both negative and positive, contributed to a certain reduction in tension, which has already become mundane for our time.

The American dollar on the first day of the new week was trading in different directions. It declined slightly against the commodity group currencies, but grew to the euro and the British pound. The most notable was the fall against the Japanese yen. But here, probably, we should speak about the influence of technical factors, and not the reasons for the growth of tension on world markets, which usually supports its course.

In general, according to the dynamics of the ICE Dollar Index, the US currency has grown, although, for the fourth day in a row, it remains in the “outset” above the level of 95.00 points. The dollar is also supported by an upward increase in the yield of US Treasury government bonds. Thus, the beginning of the rally in the yield of 10-year-old treasuries in the last week of August continues steadily. At the time of this writing, it is at the level of 3.242%, adding 0.47%. The yield of this benchmark has already overcome the local maximum of July 2011 and it seems that it will continue to grow steadily in the wake of the exit of capital from treasuries and overflowing it into the shares of companies. It should also take into account the sale of US government bonds in the wake of geopolitical tensions in Russia and China. If the first one almost completely got rid of the bonds, the second one began this process, and its continuation will only increase the growth of the yield of treasuries, leading to an increase in the value of the dollar.

Given these prospects, we believe that the dollar will continue to be in demand against all major currencies. It will also be locally supported by the factor of geopolitical and trade tensions in the world. Most likely, commodity currencies will remain under pressure primarily because of the trade war between the United States and China, and European due to the risk of renewed debt crises in Greece and Italy. Against this background, the IMF has already lowered its forecast for global growth this year and next.

The currency pair EUR / USD is trading below the level of 1.1530. It is still under pressure from lower demand for risk in the markets, as well as the likelihood of a debt crisis in Greece and Italy. We consider it possible to sell the pair on growth from the level of 1.1530 with the target of 1.1445.

The currency pair NZD / USD is trading below the level of 0.6460. It remains under pressure due to tensions between Washington and Beijing. If the pair does not rise above 0.6460.0, it can turn around and fall to 0.6400. 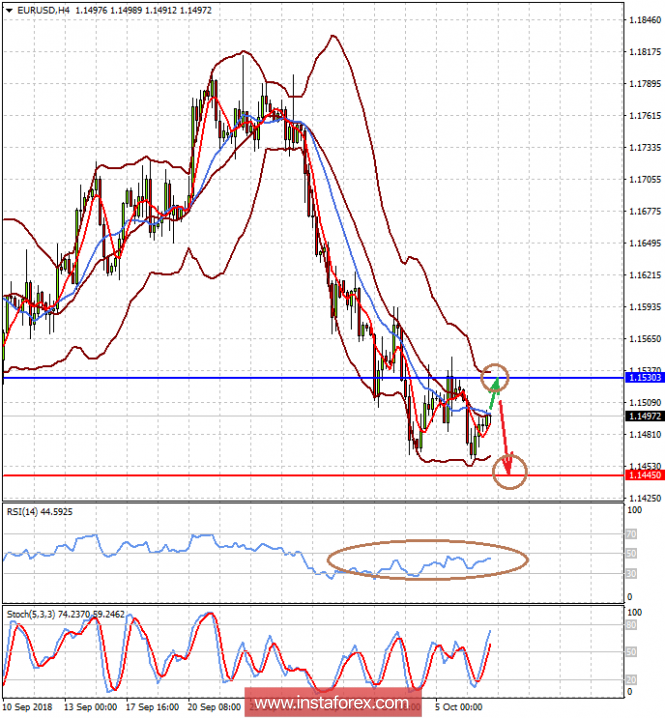 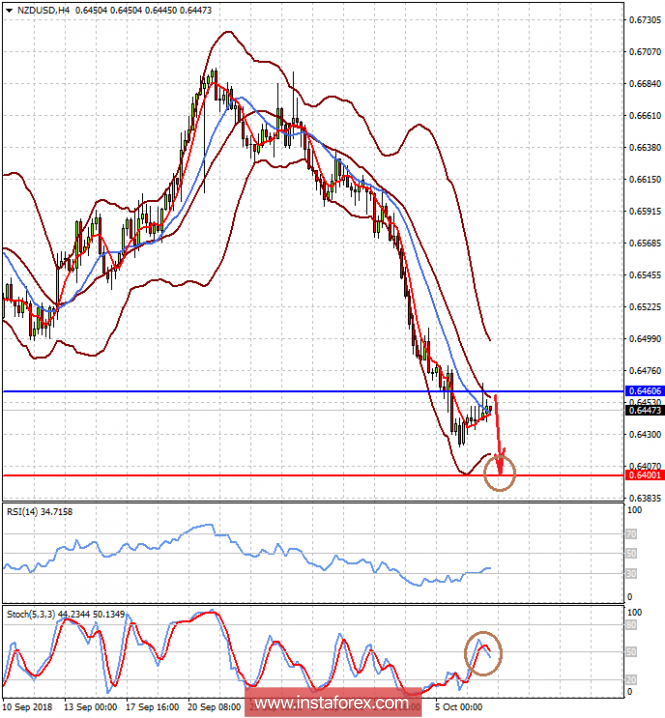