After the growth of demand last week for defensive assets and, as a consequence, for the US dollar, on Monday, this trend has stopped. Investors assess the prospects of the crisis of the Turkish economy and the degree of the negative impact of the trade war between the US and China.

Last week, the collapse of the Turkish lira triggered a chain reaction on world trading floors. Against this background, under pressure were shares of companies in the European financial sector, which “pulled” for themselves and other sectors that are already experiencing problems amid the escalation of the trade war between Washington and Beijing. These events aroused great resonance, which caused a drop in investors’ risk appetite and growth in demand for defense assets.

But already on Monday, the degree of tension decreased slightly. The attention of the market is now turned to the publication of an important macro statistics from Germany and the eurozone, which, with its positive values, can lead to a local demand for risky assets.

According to the data presented, the CPI in Germany in July should add 0.3%, the same as in June. In annual terms, it is also assumed that the growth rate of inflation will be 2.0%. If the data prove to be no worse than the forecast, then this can help the single currency to stabilize at the current levels. Also today, Germany’s GDP will be released, which is expected to grow to 2.5% yoy, as against 1.6% in the previous period. In the second quarter, the indicator should grow by 0.4% against the previous release of 0.3%. In addition to these important data, the August values of the economic sentiment index from ZEW in Germany will be published. It is assumed that the indicator will add up to -20.1 points against -24.7 points.

In general, assessing the expected data, we can assume that if they do not prove worse than forecasts, this can stabilize the situation on world markets and promote local growth in demand for risky assets, which in turn will support the course of not only the single European currency, but also other traded against dollar of currencies. It is likely that these data will be the reason for the continued fixation of profits on the US dollar. But, despite the likely positive, we believe that its possible weakening will be temporary, since in general, the general situation in the markets and around them favors further local strengthening of the US currency.

The EUR / USD currency pair is consolidating below the level of 1.1425, pending the release of important data on the economies of Germany and the euro area. If the data prove to be strong, it can support the pair, which breaking through the level of 1.1425 could grow to 1.1515.

The currency pair USD / JPY is recovering and is under the resistance line of the short-term downtrend. On the wave of growth in demand for risky assets, the pair can overcome the level of 110.95 and grow to 111.50. 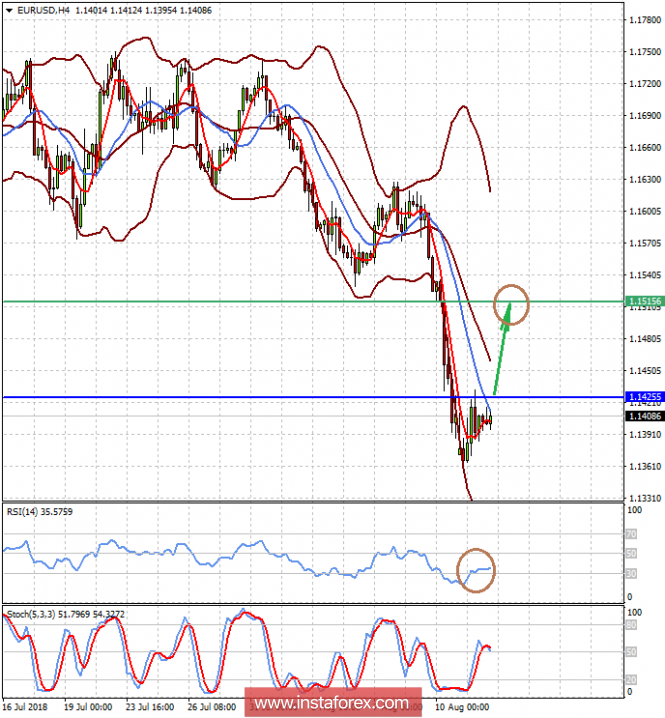 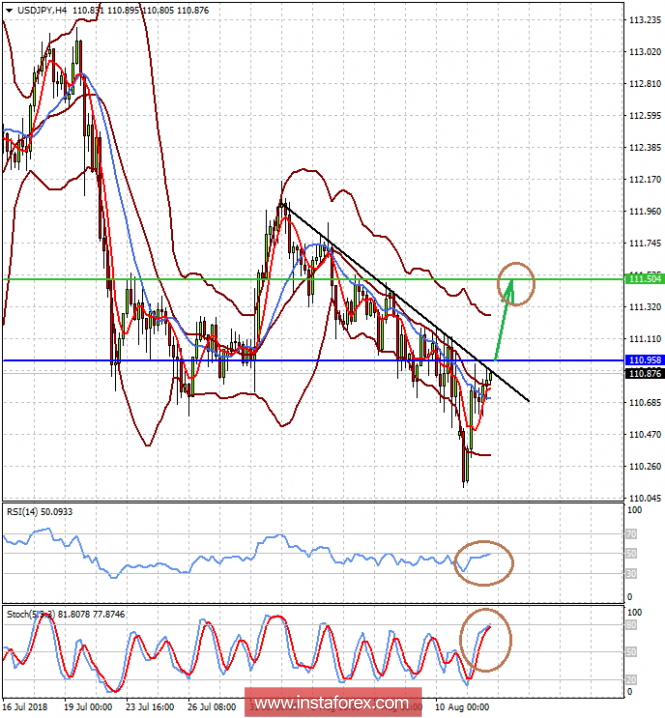