The descending wave of February 2 on a larger scale cross-chart takes the place of correction. By the totality of its characteristics, it can be considered complete. 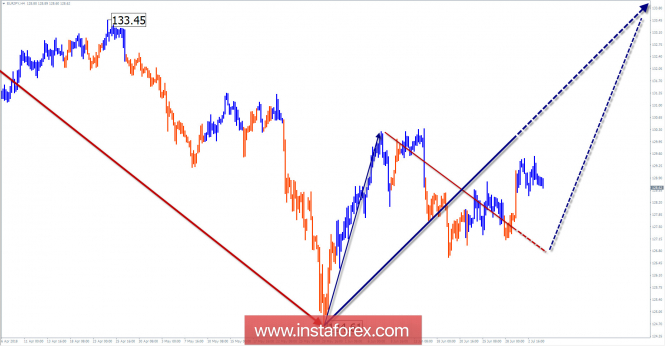 The bullish wave of May 29 has a large wave level. There is a high probability that it will give rise to a larger upward wave. 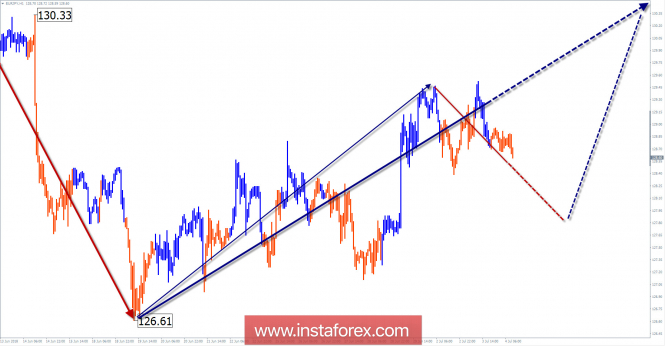 The rising wave of June 19 in the larger wave structure takes the place of the final part (C). Before the final jerk, the price should finish the corrective decline. 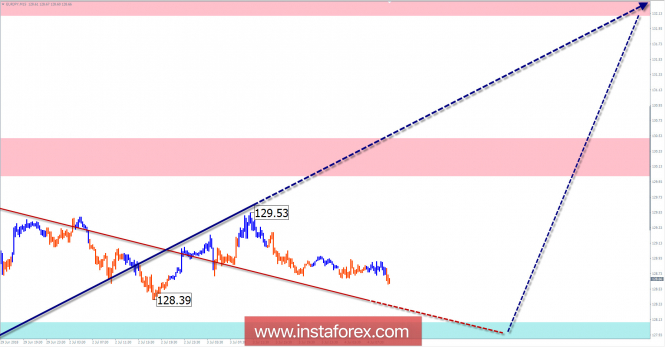 Sales are highly risky due to the small reduction potential. For all trading styles, it is recommended to track purchase signals for the instrument.