Wave picture of the H4 chart:

The prevailing trend on the gold chart moves the price downwards. The last and incomplete part from April 12 forms a wave of analyzed scale. 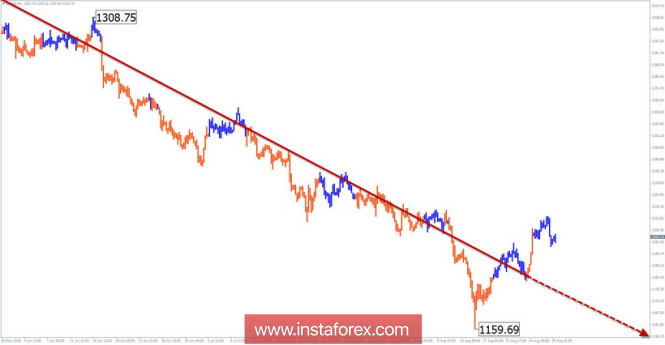 Bear zone from June 14 forms the final part of a larger wave. 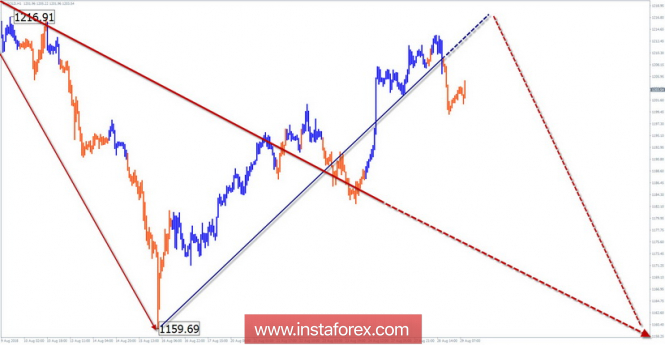 Since August 16, the bullish wave corrects the last trend area of the higher TF. The price has reached the lower limit of the calculated completion zone. 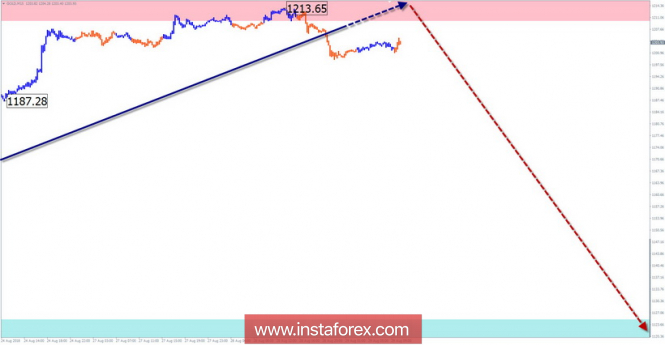 In the coming days, the gold exchange rate is expected to change. To open trading transactions, it is recommended to track the sell signals of the instrument.

Explanations to the figures: In a simplified wave analysis, waves consisting of 3 parts (A-B-C) are used. For analysis, 3 main TFs are used, on each one the last and incomplete wave is analyzed. Zones show the calculated areas with the highest probability of a turn.