Overview of the currency market on October 26, 2018

The dollar continues its steady ascent, and yesterday, it was helped not only by statistics, which turned out to be better than forecasts, but also by the results of the meeting of the European Central Bank. First, the statistics, as orders for durable goods did not decrease by 0.9%, as expected, but increased by 0.8%, which is somewhat encouraging, as it allows us to count on an increase in consumer activity, and with it inflation. So, fears that the Fed may revise the rate of increase in the refinancing rate may not be justified. In turn, the ECB left the parameters of monetary policy unchanged, as expected, and that did not affect the foreign exchange market. The press conference of Mario Draghi severely knocked down the position of the single European currency, and after it the pound. The head of the ECB referred to the multiple risks, including the debt problems of the eurozone countries. Although he did not argue that the curtailment of the quantitative easing program was again postponed. The reservation about debt problems clearly indicates that the ECB will once again extend the program of quantitative easing.

As always, the ruble looked apart, which opened with a strong decline, but then began to skyrocket. The initial decline in the ruble was caused by the completion of the tax period, and, having lost support, the ruble began to fall in price due to fears due to external factors. However, already in the second half of the day, information was received that the United States did not intend to impose new sanctions, as they intend to evaluate the effect already on the existing ones.

Today, the first estimate of US GDP for the third quarter will be published, and there are good reasons to believe that the economic growth rate has slowed down drastically, which will have an extremely negative impact on the dollar. Recently, it has strengthened so much that the market needs any reason for correction, and the fact of a slowdown in economic growth is excellent for this. In Europe, no data is released, but Mario Draghi will speak. Given the place and reason, he will talk about how much good the single currency has brought to Europe. Perhaps, there will be some hints at statements by individual politicians that some countries would be worth giving up the single European currency. But not more. So do not wait for any reaction of the market to the speech of the head of the ECB. Given the negative expectations for US statistics, it is worth waiting for the growth of the single European currency to 1.1425. 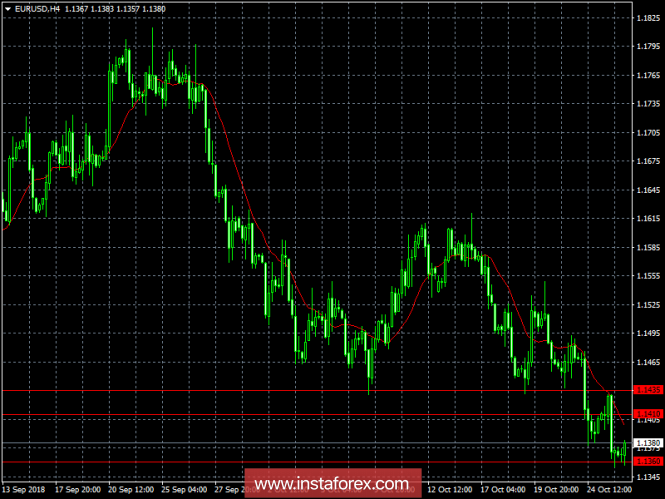 The pound will follow the dynamics of the single currency, and it is worth waiting for its growth to 1.2850. 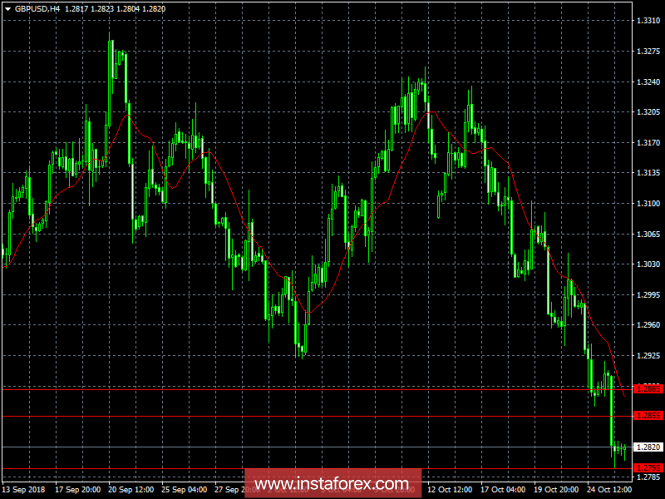 On the one hand, the optimism caused by the US intention to delay the expansion of sanctions against Russia has already been developed by the market, but there are no real reasons for strengthening the ruble. Nevertheless, today, a meeting of the Board of the Bank of Russia on monetary policy will take place, and, most likely, the key rate will remain unchanged. Considering that quite recently, Ksenia Yudaeva hinted at the possibility of reducing the key rate, market participants are somewhat excited. So, maintaining the parameters of monetary policy will give investors confidence that they will support the ruble. Thus, the dollar will remain in the area of 65 rubles. 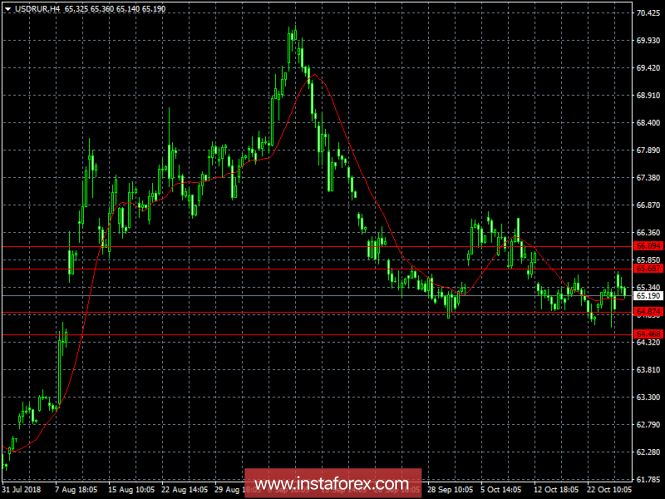