Overview of the foreign exchange market as of September 29, 2018

The dollar, which received a new charge of optimism from the Federal Reserve System, continues to strengthen, and so far, there are no reasons to stop it. Although European statistics turned out to be quite good, as the growth rate of consumer loans accelerated from 3.0% to 3.1%. But in anticipation of preliminary data on inflation, which are placed too high hopes, market participants ignored this data. Meanwhile, US statistics turned out to be multidirectional. In particular, the total number of applications for unemployment benefits increased by 28 thousand. The number of initial applications increased by 12 thousand, and repeated by 16 thousand, which, of course, raises some concerns, as next week, the report of the US Department of Labor. Also, the dynamics of changes in the number of unfinished transactions for the sale of housing has remained unchanged, and their number continues to decline by 2.3%. However, there were much more important data that supported the dollar. First of all, we are talking about orders for durable goods, so their number increased already by 4.5% with a forecast of 2.0%. Well, the final GDP data for the second quarter confirmed the fact of accelerating economic growth from 2.6% to 2.9%.

Today in the US, there are data on personal incomes and expenditures, which are not so important. However, they can have a negative impact on the dollar, as incomes should grow by 0.4%, and expenses by 0.3%. And although income growth seems to be an extremely positive phenomenon for everyone, if they grow faster than expenses, then for investors, this is the threat of a decline in consumer activity, and hence, the return on investment.

The main event of the day will be the publication of preliminary data on inflation in Europe. All kinds of media that tried to convince everyone that the Federal Commission for open market operations would not raise the refinancing rate, then plans to tighten monetary policy will reconsider, now, they rely on inflation in Europe. A number of publications have already appeared that the growth of inflation in Europe will be the reason for the rapid growth of the single European currency, and the landmarks are simply fantastic. Indeed, according to forecasts, inflation may accelerate from 2.0% to 2.1%, but until recently everyone had been waiting for it to remain unchanged. So, there are suspicions that the forecast was revised under the pressure of the media. Nevertheless, if inflation in Europe shows signs of acceleration, then the likelihood of curtailing the quantitative easing program will increase dramatically, which will provide the single European currency with tremendous support, in which case, the euro will grow to 1.1675. 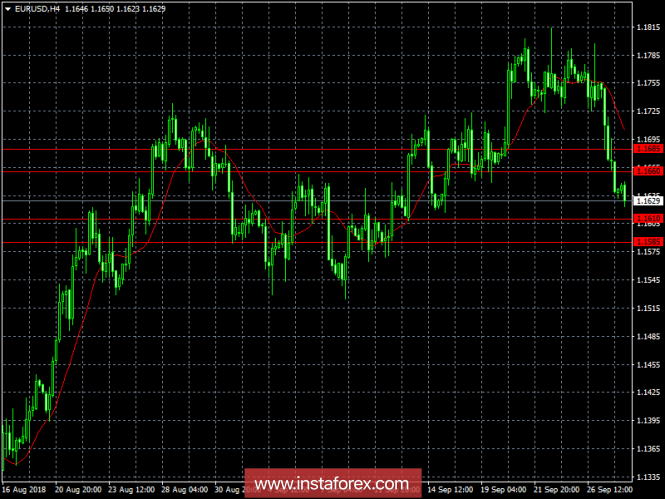 Pound, of course, will follow the single European currency, but its own statistics can give it additional strength. The final GDP data for the second quarter is likely to confirm the acceleration of economic growth from 1.2% to 1.3%, and although this should already be included in the value of the pound, given the overbought dollar, the market will respond positively to this fact. So, the pound has a high probability of growing to 1.3125. 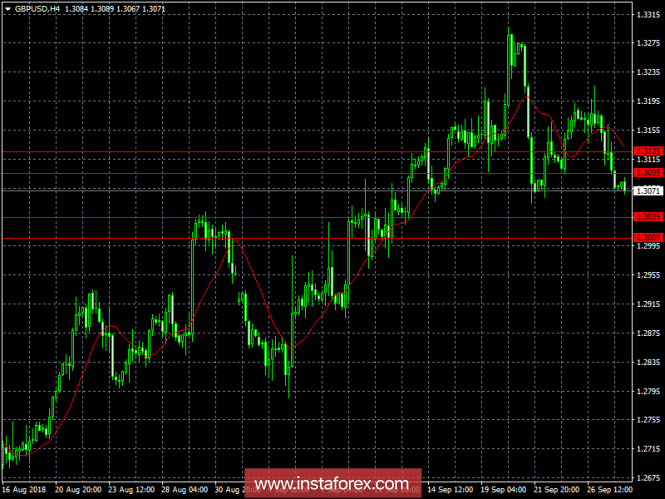 The ruble remains quite stable, which is caused by fears about sanctions against Iran. Moreover, the piquancy of the situation also adds the fact that even European countries are considering the possibility of working with the Islamic Republic, bypassing the US sanctions. But the nervousness caused by this issue is based on the risks of reducing the supply of oil, which pushes its cost up. In the absence of any other foreign and domestic economic factors, this supports the ruble. Given that it does not grow, it retains the potential for weakening. Thus, if the hysteria around Iran decreases slightly, the dollar will immediately begin to rise to 66.25 rubles. 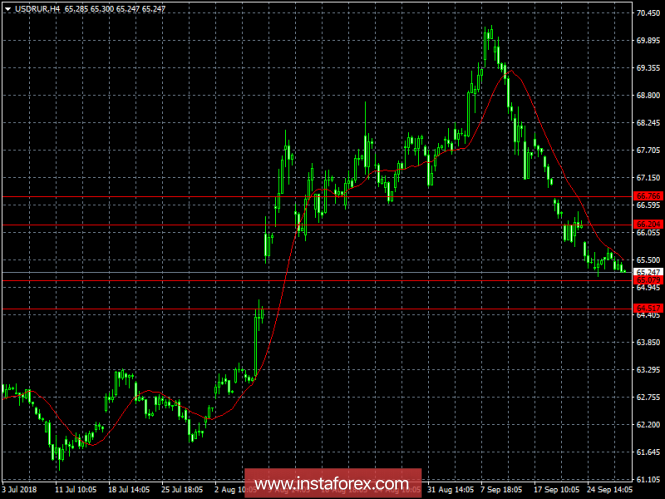