Pound seeking protection from the Bank of England

The British pound was marked by the worst weekly dynamics against the US dollar over the past few months amid growing fears about the inability to make a deal between Foggy Albion and the EU. President of the European Council Donald Tusk said that there are no guarantees that the hard borders with Ireland could have been avoided, and Bloomberg, citing competent sources, said that negotiations on Brexit were suspended due to the lack of options to reach a compromise on the part of Prime Minister Theresa May and her team. While the political factor will put pressure on the sterling, it is difficult to expect that it will return above $ 1.3. 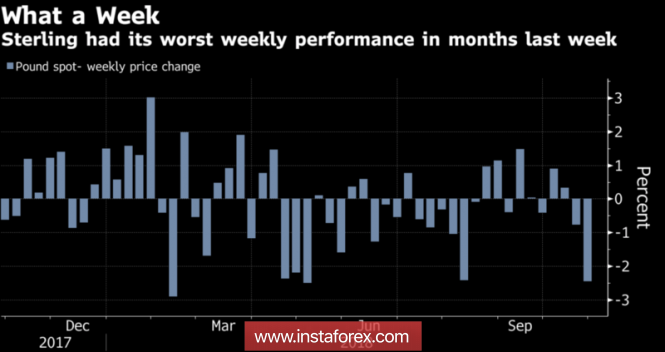 At any other time, the presentation of the budget draft by the Chancellor Philip Hammond before March 2019 and the meeting of the Bank of England should have forced investors to follow the pound with heightened vigilance. Moreover, there are rumors around the market that London will move away from the principles of fiscal consolidation and expand the expenditure side of the budget in order to stimulate economic growth.

It makes sense for Mark Carney and the company to expect “hawkish” rhetoric, because the devaluation of sterling increases the risk of inflation returning to 3%, which will force the Bank of England to continue the monetary policy normalization cycle. For the time being, the derivatives market believes that this will happen only in 2020, and if expectations after the meeting of the Monetary Policy Committee are shifted to an earlier period, this can provide support to the bulls on GBP / USD. However, who can now say with confidence that it will be in the medium term? While the policy of the sword of Damocles hangs over the pound, it does not make sense to count on its serious strengthening.

On the other hand, the closure of speculative long positions on the US dollar may be enough for the fans of the analyzed pair to cheer up. After one of the best six months for US GDP in the past ten years, there are rumors in the market that the States have reached a ceiling. Therefore, both stock indices and the USD index risk entering a deep correction. According to the S & P 500, it started in early October, and during this period, the stock market lost about 8%, noting the worst monthly dynamics since 2009. But it was the strong positions that distinguished the United States from other countries, contributing to the flow of capital and the strengthening of the US dollar.

At the same time, the rollback on the S & P 500 worsens financial conditions and increases the risks of slowing down the Fed’s monetary policy normalization cycle. CME derivatives have already reduced the likelihood of December monetary restriction from 80% to 69%, now investors are focused on comments from FOMC representatives.

Technically, the “bears” at GBP / USD at arm’s length approached the target by 88.6% using the “Bat” pattern. In the case of a return of quotes above 1.285-1.286 (50% of an upward long-term wave), bulls can take over the initiative. To continue the peak, “bears” need to update the August minimum. 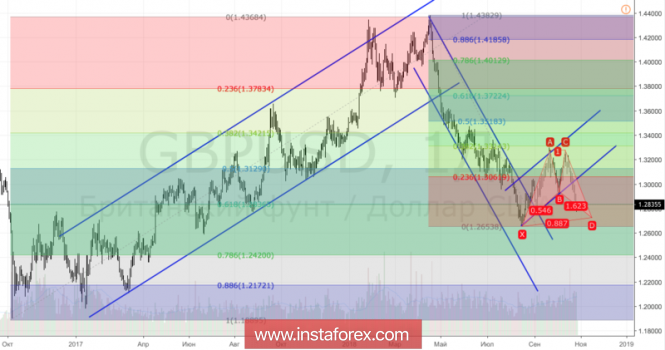