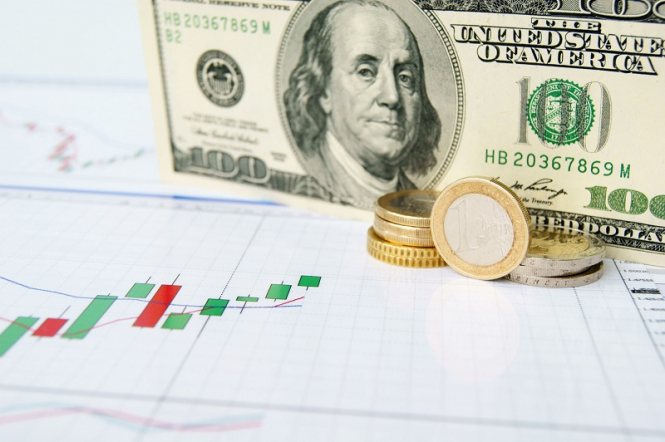 Dollar bulls regained control of the market after the announcement of the results of the midterm elections in the United States. It took them only a day. The previously shaken greenback is being restored, the Fed meeting was without surprises. The rate was expectedly saved, there was no mention of the deterioration of macro statistics. Traders firmly believe that in December, the regulator will tighten policy. The euro / dollar pair has fallen rapidly, other currencies that have grown steadily in November, may face profit taking on Friday.

The German Central Bank warned of a possible slowdown in the country’s economy in the third quarter, and the euro’s momentum was again sent down. Today, an important publication on the eurozone and the US is not expected, so the main pair is likely to complete the trading week in negative territory.

As for the longer-term outlook, the bullish trend in the dollar against major currencies may end next year. This is due to the fact that the Democrats gained control of the House of Representatives. Morgan Stanley and Credit Agricole said that in the remainder of Donald Trump’s presidency, the government will be at an impasse, efforts to reduce taxes and increase spending on infrastructure will be undermined. The dollar, ahead of all competitors of their “Group of 10” this year, will be under pressure.

Morgan Stanley has a bearish view of the dollar.

“Democrats, after gaining control of the House of Representatives of the Congress, actually suspend the implementation of the economic program of the Republicans, but at the same time, do not give investors any reason to switch to democratic priorities after 2020,” analysts write.

It is expected that in the near future, the US state bonds will feel support, as the market “seems to be ahead of itself” when it laid in quotes the likelihood of maintaining control in the House of Representatives of the Republicans. Banking economists recommend monitoring the implementation of a short-term program of infrastructure spending, this is “important for a more balanced position on this issue, you need to look at how bond markets react.”

Credit Agricole, experts are waiting for a weak dollar.

The bank is confident that the victory of the Democrats in the House of Representatives “will reduce the prospects for any significant new fiscal incentives.” However, they believe that the protectionist position of the administration of Donald Trump will not undergo any changes.

“The early growth momentum of the US economy, due to the first fiscal measures, will soon exhaust itself, reinforcing our expectations of a weaker dollar over time,” the survey says.

Citigroup plans to buy in the fall.

The sale of dollars after the elections was less “plentiful” than the market had expected, and this topic is unlikely to serve as a further development of the negative trend. Analysts see no political reasons for the decline of the US currency. The sale of the greenback ultimately gives you the opportunity to re-enter the longs. Citigroup calls the potential for further dollar sales limited and recommends “buying dips.”

Danske Bank expects growth in treasuries of up to 3.5% in the next 3-6 months.

The reaction of the market to the election result can give rather modest support to the treasury securities market and cause a slight decrease in profitability. The fact is that the risk of too much growth in the budget deficit and the continuation of monetary tightening should be somewhat mitigated. The bank expects any support to be short-term. Experts continue to insist on the fall of the euro / dollar below 1.13 until the end of this year. In their opinion, the dollar will constantly feel support from the cyclical advance of the States.

“The double bottom at 1.13 in a pair of euro / dollar now looks like a rather hard floor. Democrats showed low results in the Senate, but not enough to change the rules of the game. This is likely to be the story of a slow dollar drop,” write currency strategists.

They expect a return to the 1.16-1.18 trading range, which has been noted for most of the last 6 months.