“Donkeys” vs. “Elephants”: main scenarios of the US election results

The dynamics of trading on the foreign exchange market this week will be determined by China, Brexit, and congressional elections. And if the real prospects for a trade war and Brexit will be known only in a few weeks, then we will know the results of the American elections tomorrow. On the eve of the plebiscite, the dollar is noticeably nervous, since with a high degree of probability the “elephants” (the historical emblem of the Republicans) will lose control over the House of Representatives, retaining the majority only in the Senate. 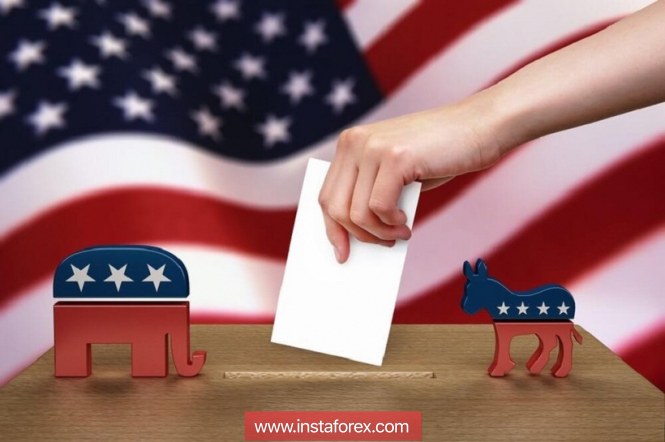 In general, this result was predictable long before the election. The composition of the lower house of Congress is re-elected every two years, that is, in the middle of the presidential term (hence the name “midterm elections”). As a rule, the ruling party fails in these elections, losing a majority in one of the chambers. Even the most popular American presidents could not project their success on the party they represented in order to “survive” the intermediate plebiscite. The rare exception in this regard is Bush Junior, but at that time, the Americans had just experienced September 11, which explains their political cohesion.

Given the odiousness of Donald Trump and the lack of absolute support even within the Republican Party, the result of the 2018 elections is not difficult to predict. By and large, the main intrigue now is how strong the Democrats will have over the Republicans in the House of Representatives and how the alignment of forces in the Senate will change.

The latest polls show that members of the Democratic Party in the House of Representatives guaranteed 202 seats for themselves, but only 195 for Republicans. In total, there are 435 seats in the lower chamber, so 38 more positions remain in the air (ratings of candidates in these constituencies are about are equal), but, in the opinion of the overwhelming number of experts, the Democrats will definitely take the majority here. In the Senate, there is a struggle for only 35 seats out of 100, since only part of the Senate mandates are rotated during the midterm elections. Here, the advantage will remain with the Republican Party, at least, many analysts are sure of this. 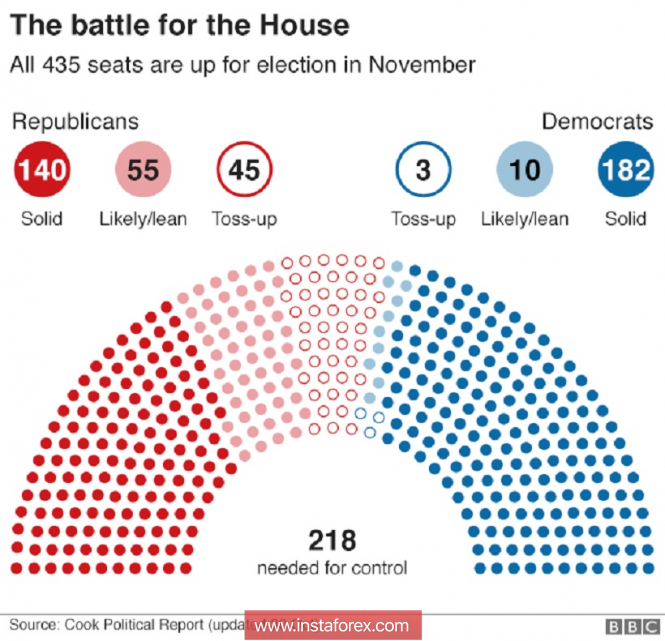 In the context of the foreign exchange market, the main question is how the dollar will react to the results of today’s elections. The most realistic scenario (Lower House for Democrats, Upper for Republicans) is unlikely to cause a flurry of volatility, although it will put downward pressure on the US currency. The Democratic-controlled House of Representatives will put Trump in a very awkward position, primarily regarding the implementation of a number of legislative initiatives. However, the Republican control over the Senate will allow the president to continue to pursue the personnel policy required by the White House. The Upper Chamber approves (or does not approve) candidates nominated by the head of state for key government positions.

Due to the fact that this, the most likely, option is now widely discussed (including among traders), it will not cause any panic in the markets. Moreover, according to some experts, the dollar may ignore this result. Another thing is if the election results are unexpected, in this case, dollar pairs will be influenced by strong volatility.

We are talking about two unlikely scenarios. If the Republicans maintain the status quo and vice versa, if the Democrats manage to take control of both houses of Congress. Despite the unlikelihood of such options, they cannot be excluded. In favor of losing the Republicans, the fact that the number of supporters of Donald Trump’s policies last week fell by four percent, according to a weekly survey, says. In general, the head of state is supported by 40% of respondents, while 54% of respondents were dissatisfied with his policies. By and large, the mid-term congressional elections reflect the Americans’ opinion on the actions of their president following the two years of his rule. Therefore, Trump’s downgrade may also affect the overall Republican result. 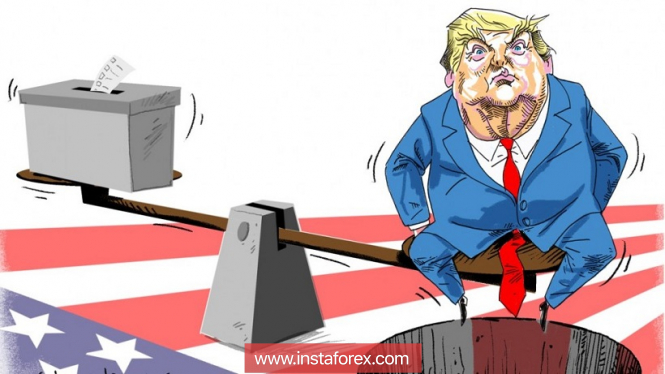 There is another opinion, already in favor of the Republican Party. According to experts, Donald Trump has a very large number of so-called “hidden supporters”. In the public plane (including during polls) they do not talk about their true political views, but in the polling booth “silent fans” support Republicans, associating them with Trump’s policies. It is worth recalling that in the last election, many polls gave the victory to Hillary Clinton, but as you know, Trump won them. According to a number of political scientists, a similar sociological discrepancy occurred precisely at the expense of “hidden supporters”, which this time may present a surprise.

Thus, despite numerous sociological studies, the intrigue of the midterm elections remains. This means that it is not advisable to trade dollar pairs in the next day due to the unpredictability of the greenback reaction to their results.