The Australian dollar managed to strengthen its positions against the US dollar after the meeting of the Reserve Bank of Australia, as the results will be released today. Apparently, investors remain in a wait-and-see position, but are not so pessimistic about the future prospects of raising interest rates, which will lead to the strengthening of the Australian dollar in the future.

According to the data, the Reserve Bank of Australia today retained the key interest rate unchanged at 1.5%. The current policy of the RBA remains unchanged for two years already. 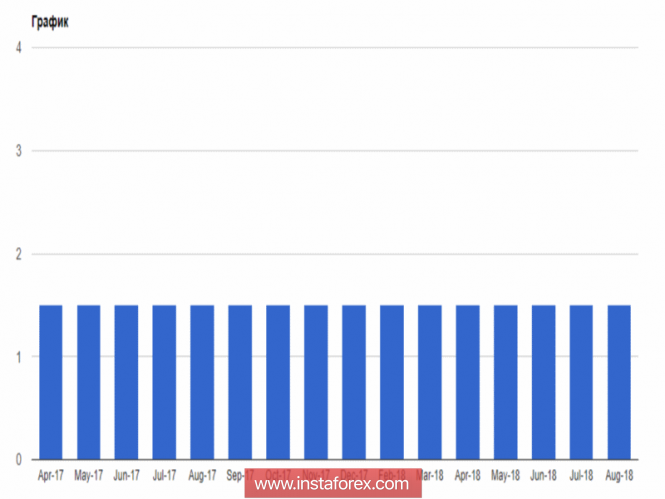 The bank said that the latest data on inflation meet expectations, but inflation may be slightly lower than expected in the third quarter.

Also, the RBA expect a decline in unemployment, as the leading indicators indicate a strong increase in employment. Despite this, the negative factor is the weak growth of wages, which will apparently continue in the future. A number of experts expect that the unemployment rate in Australia will drop by 5% in the next two years.

As for risks, the RBA fears that the direction of trade policy will make the prospects for the world economy even more uncertain.

The medium-term technical picture in the AUD/USD pair remains uncertain. On the one hand, the sideways channel 0.7320-0.7460 points to a large enough volume to resume growth. Otherwise, the break of the lower boundary will be a very strong signal to a new downward wave, which will lead to another annual minimum. While the trade is conducted in the middle of the channel, it is better not to make attempts to enter the market, and rather wait for working out its upper or lower limit.

The US dollar paired with the European currency failed to hold its positions yesterday, which led to an upward correction of the currency pair in the second half of the day, despite good data from the Conference Board on the US employment trends index.

According to the report, the index rose to 109.89 points against 108.72 points in June. In comparison with the same period of the previous year, the index grew by 5.4%. As noted in the Conference Board, it is expected that economic activity will remain at a fairly high level and employment growth will continue in the next few months.

As for the technical picture of the EUR/USD pair, it remained unchanged. Another unsuccessful attempt to enter the resistance level 1.1560 may result in a sell-off of the euro, and a breakthrough in the 1.1530 support will lead to a new downward trend in risky assets, reaching the lows of 1.1480 and 1.1440. In case of growth above resistance 1.1565 in the short term, an upward correction may be formed in the area of 1.1600 and 1.1630.