Since January 26, the trend is bearish and the price reached the likely turn in the upper limit of the calculation area. The structure of the wave is not complete. 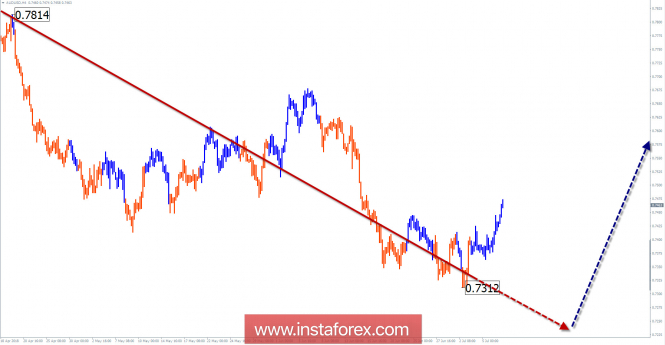 In the wave of June 6, an average corrective part was formed. Then, the trend of the wave will continue. 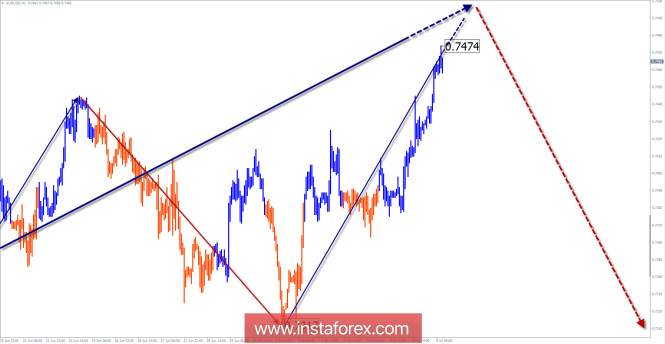 The rising wave from July 2 reached the lower limit of the calculated resistance zone. In the coming days, a change in the price movement vector is expected. 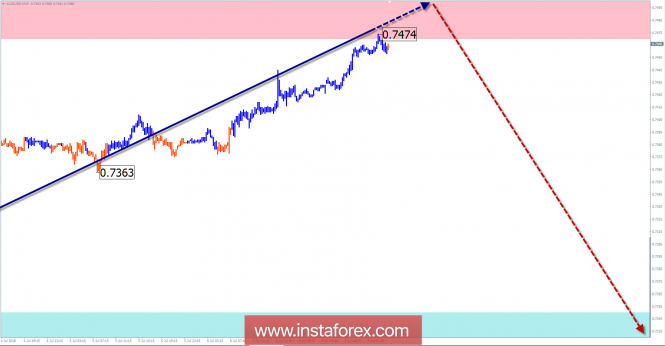 Short-term trading needs to track to sell the pair. Supporters of trade on higher timeframes should wait for the signals of the completion of the current bearish wave before buying the pair.

A simplified wave analysis uses a simple waveform, in the form of a 3-part zigzag (ABC). The last incomplete wave for every time frame is analyzed. Zones show the calculated areas with the greatest probability of a turn.