Yesterday’s statements by Michel Barnier, who is in charge of negotiations between the European Union and the United Kingdom, saying that parties had reached the final stage of the negotiations, gave optimism to market participants. The prospect that the United Kingdom’s Fourth Reich epic is coming to a logical end, reducing uncertainty because the parties must come to some kind of agreement that regulates trade relations. It may be bad, but it’s better than not. Moreover, this development led to the fact that investors simply did not pay attention to the American statistics because the number of applications for unemployment benefits in the United States decreased by 21 thousand. The number of initial applications for unemployment benefits fell by 8 thousand, and again for another 13 thousand, predictions came out the same, slightly different result. The number of applications is expected to remain unchanged due to a decrease in the number of initial applications for unemployment benefits and an increase in the number of repeated applications. Also, production orders increased by 2.3%. So the American statistics was extremely positive.

The most important event of the day will be the publication of a report by the US Department of Labor, the content of the forecast was recently revised to the worse. Thus, the unemployment rate should of course decrease from 3.9% to 3.8% that should happen due to the fact that 185 thousand new jobs were created outside agriculture versus 201 thousand in the previous month. However, the growth rate of the average hourly wage should slow down from 2.9% to 2.8%. Of course, in terms of employment growth, it is rather difficult to expect wage growth, but the fact of wage cuts does not bode well since the potential for inflation growth has been greatly reduced. this will surely give rise to new conversations that the Fed will revise its plans for increasing rates and refinancing rate. Thereby, if forecasts are confirmed, it is worth waiting for a negative market reaction. 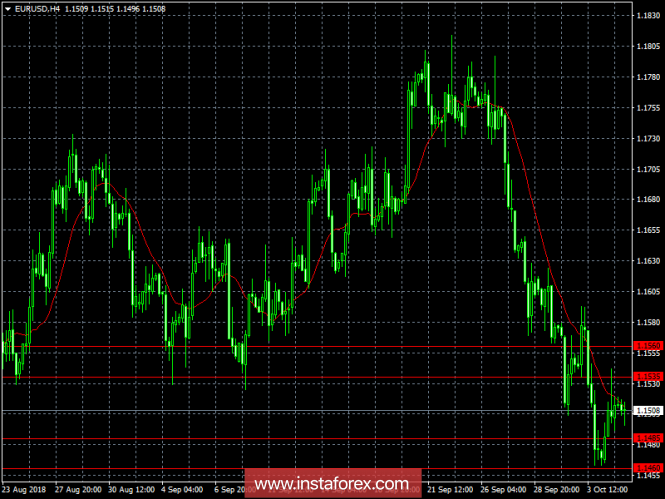 In the UK, Halifax data for housing prices have already been released. The growth rates of which have slowed from 3.7% to 2.5% and such a significant decrease in them have already led to a halt in the growth of the pound. Given that the real estate market is one of the main criteria for determining the investment attractiveness of the UK, this is not surprising. But the report of the US Department of Labor is much more important, thus, the pound can resume its growth and reach the level of 1.3000 towards the end of the day. 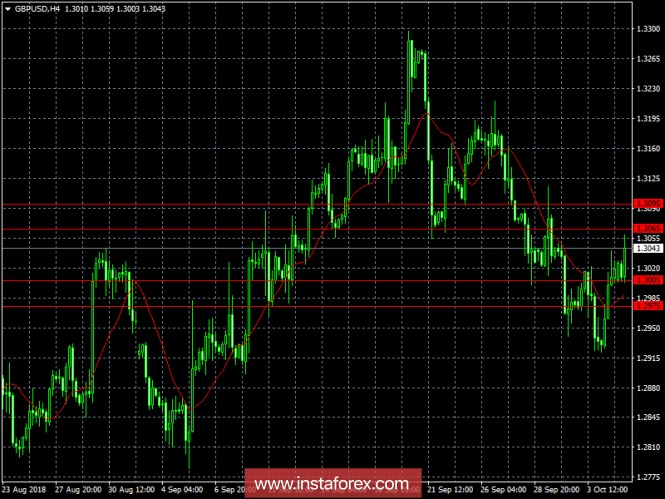 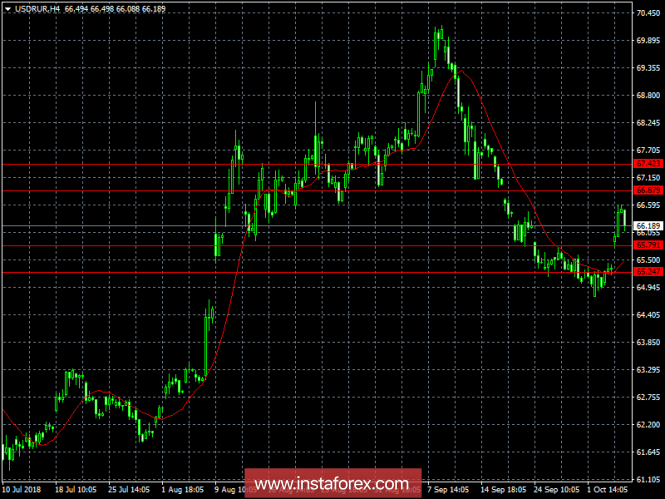