Review of the foreign exchange market as of August 31, 2018

Investors froze in anticipation of specifics about the statements of representatives of the European Union on their willingness to offer the UK such terms of cooperation that no one else has. But both the representatives of the EU and the United Kingdom remain silent. There is nothing else to explain yesterday’s stagnation in the market, especially since the statistical data unambiguously indicated a weakening of the pound, as the data on the credit market turned out to be extremely weak. In particular, the volume of consumer lending declined from 5.4 billion pounds to 4.0 billion pounds, and the number of approved applications for mortgages decreased from 65,374 to 64,768. Yes, and the single European currency should have fallen in price, as the US statistics turned out to be quite good. The data on personal incomes and expenses coincided with the forecasts, and they increased by 0.3% and 0.4% respectively, which indicates a low probability of a decrease in consumer activity. Data on applications for unemployment benefits were even better than forecasts. Although the number of initial applications for unemployment benefits and increased by 3 thousand, with the expectation of growth of 4 thousand, the number of repeated applications for unemployment benefits decreased by 20 thousand, while expected a reduction of 3 thousand.

If today there are no comments on the surprising proposal that the European Union is ready to make to the United Kingdom, then the dollar may begin to strengthen. Especially because the reason may be European statistics. Of course, the unemployment rate should decrease from 8.3% to 8.2%, but here preliminary data on inflation can alert market participants. The fact is that after several months of growth, inflation may stabilize at around 2.1%. Cessation of inflation growth will be perceived as a risk of resumption of its decline, and given that the ECB has not given firm guarantees that after December will not extend the program of quantitative easing, investors may begin to get nervous.

Thus, the probability of the reduction of the single European currency to 1.1600 is high. 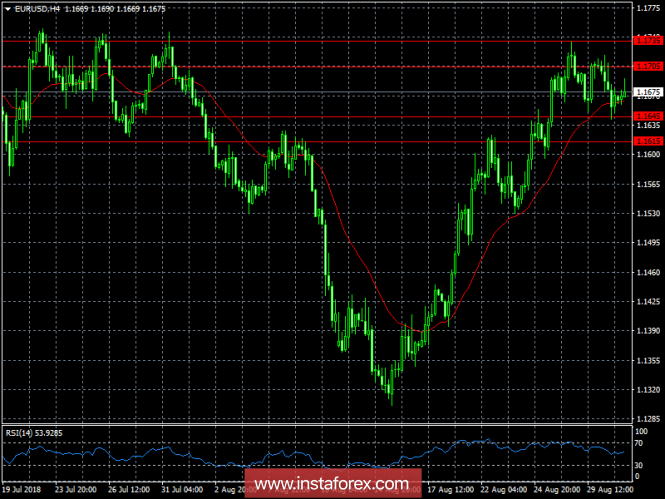 The pound will depend on the state of affairs for the single European currency, so it will have to decrease to 1.2950. 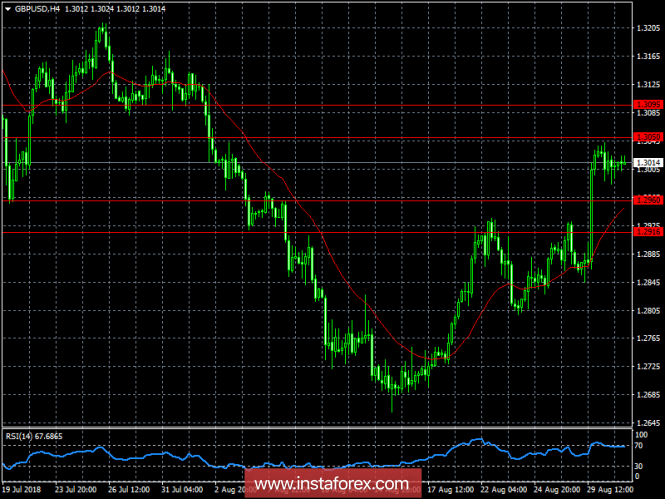