Review of the foreign exchange market from July 25, 2013

This trend may continue until today and is expected to accelerate the growth rate of EU consumer lending from 2.9% to 3.0%. In fact, the pound’s growth yesterday was more active than the single European currency, and is unlikely to support its neighbor because it is forecasted to reduce Britain’s approved mortgages from 39,244 to 39,100. Also, the CBI report on retail trade is predicted to show an increase of 15% against 32% in the previous month. But this concerns were only on the first half of the day, as the dollar will be under pressure again when the US statistics come out, and the volume of housing in the US primary market is projected to decrease by 2.8%.

We do not rule out the factors about Donald Trump, as seen in Twitter post suggesting that Europe should bury the ax of the trade war. However, his proposal states that Europe should give up, and market response is difficult to determine. Moreover, the very proposal did not have a significant impact on the state of affairs in the market. The essence of Donald Trump’s proposal is that the US and Europe simultaneously remove all mutual duties, barriers and subsidies. And, the Europe cannot accept such proposal because of the subsidies. The fact is that European producers are protected from imports precisely by subsidies, and their cancellation will lead European producers to forcibly raise prices instantly, and they will not be able to compete with American and Chinese producers who saw no subsidies.

If we exclude the factor of Europe’s response to the Donald Trump’s proposal, then the single European currency will be able to grow to 1.1725. If Europe refuses to negotiate, which is exactly what must do, hence, the euro will fall to 1.1650. 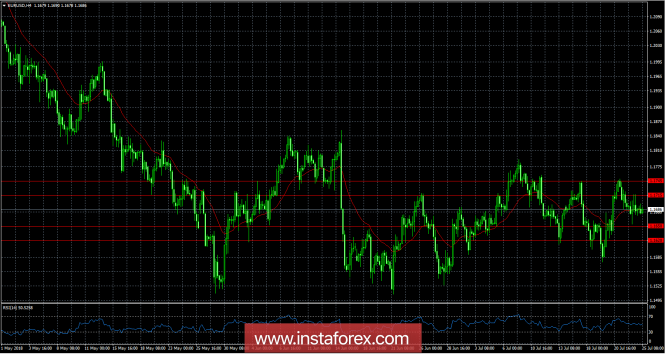 The pound has a simpler picture because the UK formally does not take part in all these trade wars with the US, so that it will be able to grow to 1.3200. But do not forget that the single European currency can affect the pound through the dollar index, and with an adverse development of events, the pound may fall to 1.3125. 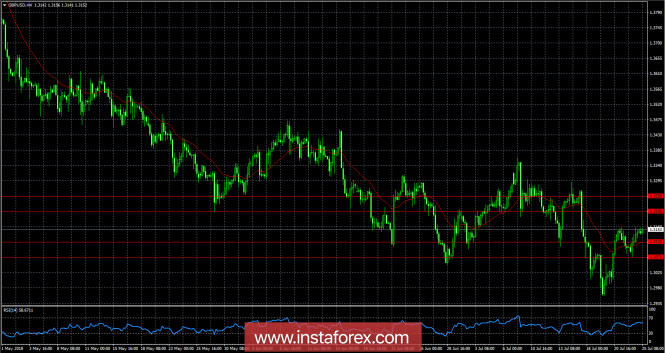