An incomplete wave of this scale forms the last part of the downtrend trend on D1 timeframe.

From September 21, a new downward zigzag wave appears on the chart. A high wave level of movement indicates a transition to a larger scale. 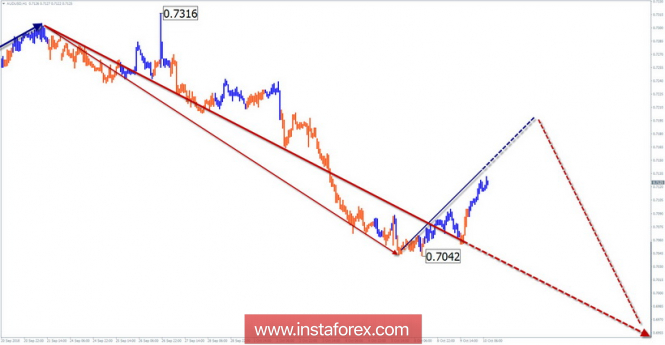 From October 5, the price goes up. In the hourly wave, this area will be a correction. 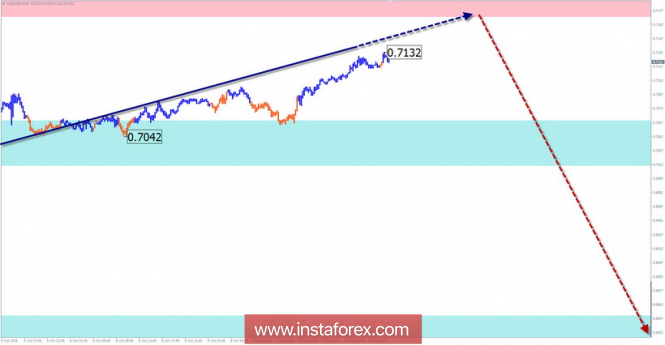 The low potential of an increase in the current price of the pair makes purchases risky. In the area of the calculated resistance, it is recommended to track the reversal signals to search for an entry into the short.

A simplified wave analysis uses a simple waveform, in the form of a 3-part zigzag (A-B-C). Three main timeframes are used for the analysis. The last incomplete wave for every timeframe is analyzed. Zones show the calculated areas with the greatest probability of a reversal.

Note: The wave algorithm does not take into account the duration of the tool movements in time. To conduct a trade transaction, you need to confirm the signals used by your trading systems.