The last wave of this scale was the final part (C) in a downward zigzag of the daily TF. The oncoming wave of the beginning of September will at least be its correction.

In the ascending wave from the middle of last month, the middle part of the wave (B) is being formed.It develops in the lateral plane. Probably, its shape will resemble a pennant or a flag. 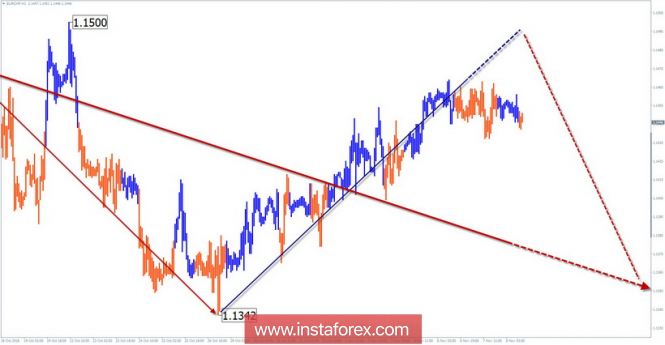 The rising wave of October 26 has a flat character and low growth potential. 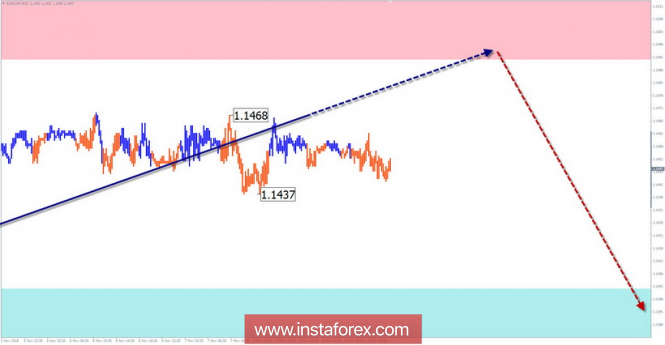 In the upcoming week, the price expects lateral movement. The range of oscillation is limited to oncoming zones. Within Intraday, it is possible to conduct short-term transactions according to the expected sequence of price fluctuations.

Explanations to the figures: The simplified wave analysis uses waves consisting of 3 parts (A – B – C). For the analysis, 3 main TFs are used. On each of the last, incomplete wave is analyzed. Zones show calculated areas with the highest probability of reversal.

Note: The wave algorithm does not take into account the duration of tool movements over time. To conduct a trade transaction, you need confirmation signals from the trading systems you use.