Simplified Wave Analysis. EUR / JPY for the week of September 14

The direction of the trend is set by the upward wave of May 29. A distinct zigzag (A-B-C) can be traced in the structure. 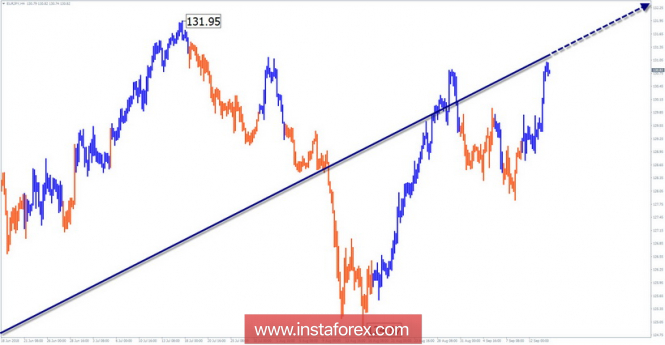 The bullish wave of August 13 is approaching a powerful potential reversal zone. The structure of the movement is not complete, but it allows us to wait for a rollback in the near future. 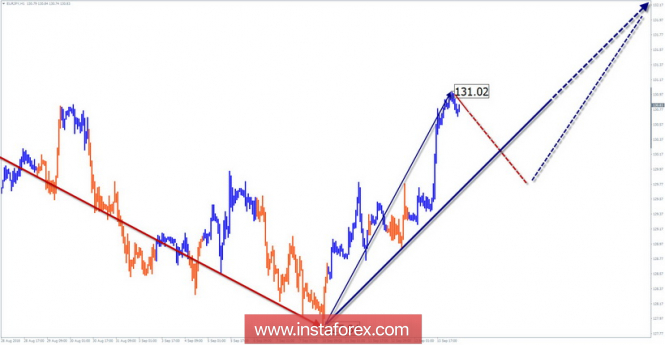 Since September 10, the price forms an ascending segment, occupying the place of the final part (C) in a larger model. Correction is expected in the coming days. 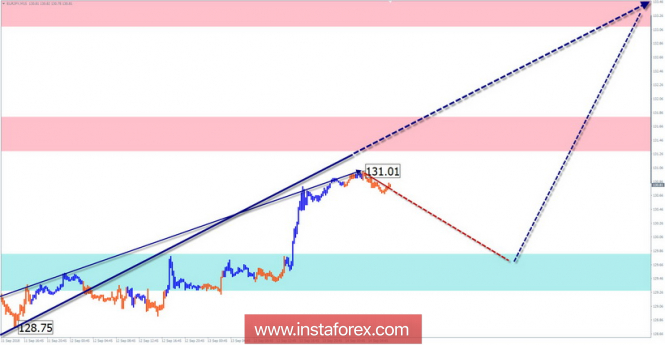 Sales of the pair at price retracements are high-risk. For all trading styles at the end of all counter moves, prices are recommended to track buy signals of the pair.