The last wave of this scale was completed in mid-August at the upper boundary of the powerful support zone.

A rising wave from August 15 with high potential develops. Over time, the entire movement will move to a higher timeframe. In the wave structure, the middle part (B) is completed. 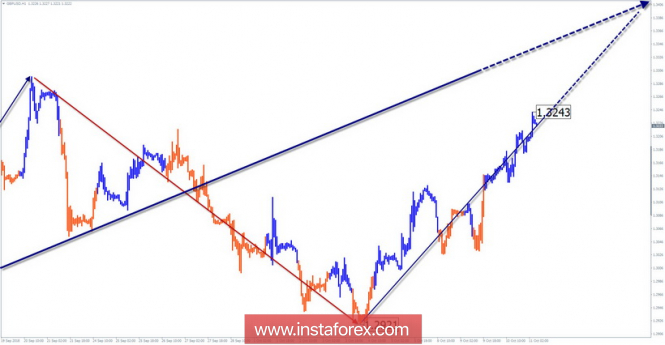 The ascending phase of October 4 gives a start to the final part (C) in the wave. In the coming days, a short rollback is expected. 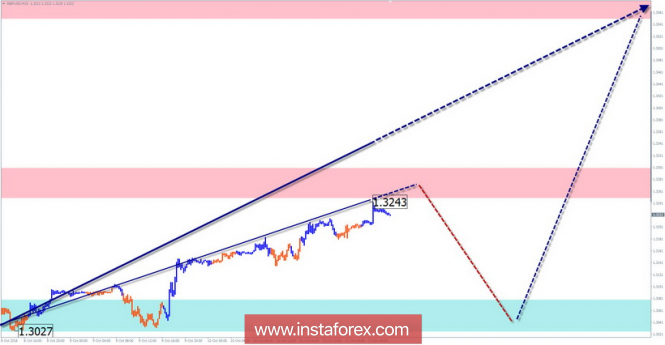 Due to the small potential of the upcoming decline, sales are not recommended. In the area of fixation in the support, it is suggested to monitor the instrument purchase signals.

A simplified wave analysis uses a simple waveform, in the form of a 3-part zigzag (A-B-C). Three main timeframes are used for the analysis. The last incomplete wave for every timeframe is analyzed. Zones show the calculated areas with the greatest probability of a reversal.

Note: The wave algorithm does not take into account the duration of the tool movements in time. To conduct a trade transaction, you need to confirm the signals used by your trading systems.