Simplified wave analysis. Review of EUR / USD for the week of October 1

The main trend of the euro this year looks at the “south” of the chart. A large-scale support zone has been reached.

Since mid-August, an ascending wave structure is being formed. The wave level of motion allows you to wait for the continuation of the wave at a higher level. 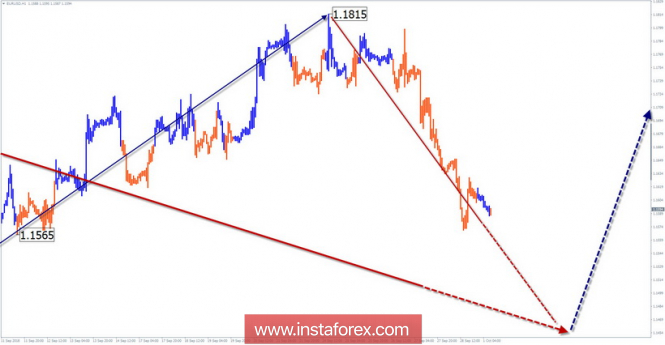 From September 21, a downward wave develops. On a larger scale chart, it completes a corrective zigzag. 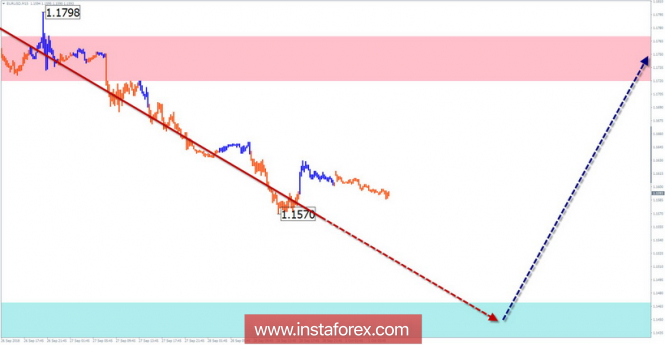 The short-term sales in small lots can be used for intraday trading. For longer transactions, you need to wait for the current wave to complete and look for signals to buy the pair.

Explanations for the figures: The simplified wave analysis uses waves consisting of 3 parts (A – B – C). For the analysis, 3 main TFs are used, on each, the last, incomplete wave is analyzed. Zones show calculated areas with the highest probability of reversal.