Simplified Wave Analysis. Review of GBP / USD pair for the week of September 12

Wave picture of the H4 chart:

The bearish wave of April 17 sets the main trend direction of the small scale chart of the pair. The price has reached the upper limit of the large support zone. 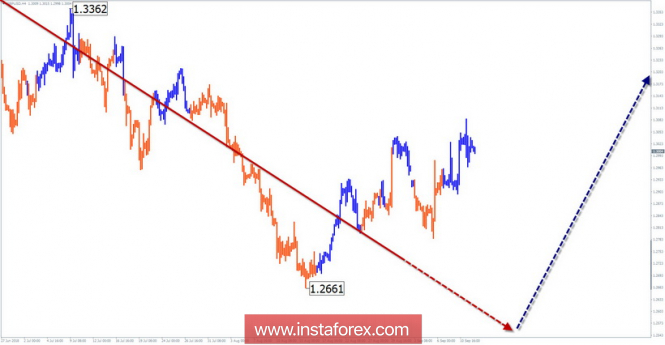 Since August 15, a zigzag wave is forming upward. In the wave of higher timeframe, it is a correction. The ascending segment of September 5 took the place of the final part (C) in the hourly wave. The price is approaching the target traffic zone. 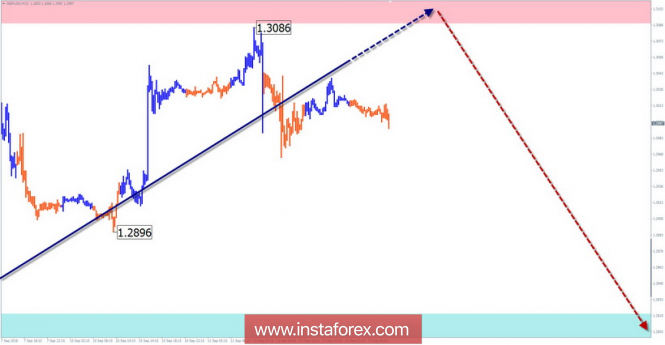 The EUR/USD pair movement of the vector is expected to change next week. In the area of design resistance, it is proposed to monitor the signals of the sale of the instrument.

A simplified wave analysis uses a simple waveform, in the form of a 3-part zigzag (ABC). The last incomplete wave for every time frame is analyzed. Zones show the calculated areas with the greatest probability of a turn.