Simplified Wave Analysis. Review of GBP / USD pair for the week of September 26

The descending wave of the major pound from April 17 achieved the upper limit of the powerful zone of support for a higher timeframe. The wave structure looks formed.

The potential of the rising wave from August 15 allows us to classify it as a reversal structure. In the previous month, a completely hidden correction developed within the movement. 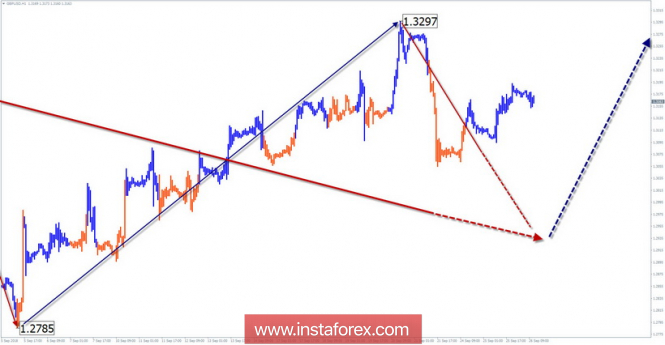 The bear plot of the schedule from September 20 completes the correctional model of the hourly timeframe, reaching the price level of the minimum possible elongation. Full completion is expected in the settlement of the support area. 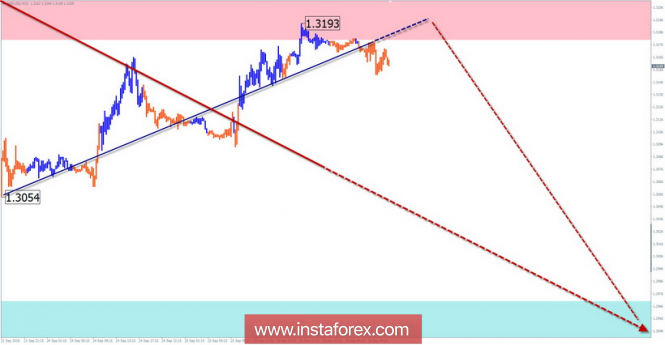 Purchases of the pair remain in priority. In the coming days, the price will experience strong volatility, this period is better to avoid. Within the intraday, short sales are possible.