Simplified Wave Analysis. Review of USD / CHF pair for the week of September 25

The direction of the short-term trend of the pair is set by the bearish wave of May 9. In a larger wave, it corrects the first section of the trend.

The wave of July 17 forms the final part (C) in a 4-hour wave construction. The price has reached the upper limit of a wide support zone of large scale. 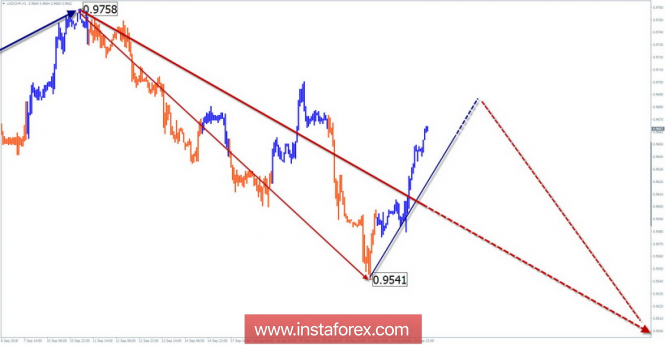 The descending section, which began on September 11, is formed along the trend direction of the higher timeframe. In recent days there has been an upward rollback. Turn signals are not generated. 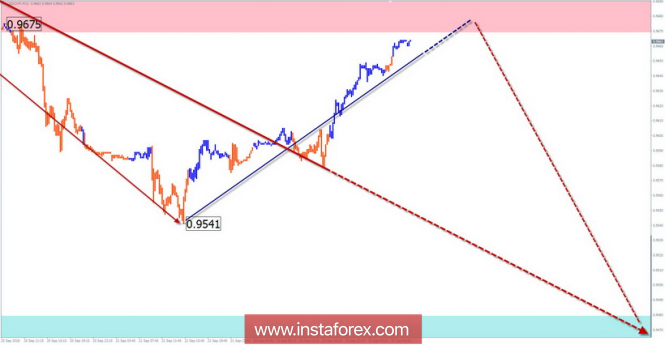 A small potential for further decline makes sales justified within the framework of intraday trading. It is recommended to wait for the completion of the entire decline and to look for turn signals in purchasing the instrument.