Simplified Wave Analysis. Review of USD / JPY pair for the week of October 1

Since the end of March, a rising wave is formed. In the daytime wave, the plot forms the final part (C) of the ascending zigzag which has a pronounced pulse form.

The July 19th wave formed in the larger model has the wrong kind of correction. The structure lacks the final part (C). Given the size of the lengthening of the middle part (B), the wave will end at the lowest possible levels. 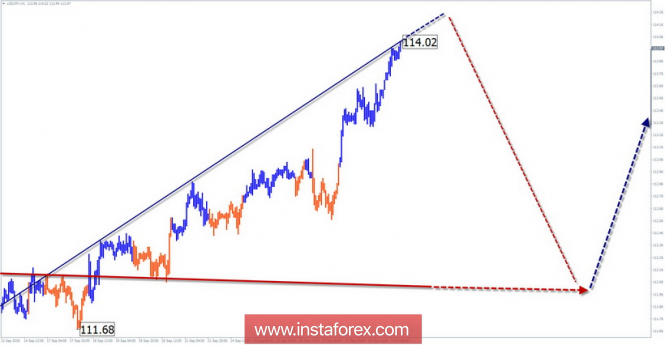 The bullish wave of August 21 reached the lower boundary of a large resistance zone. 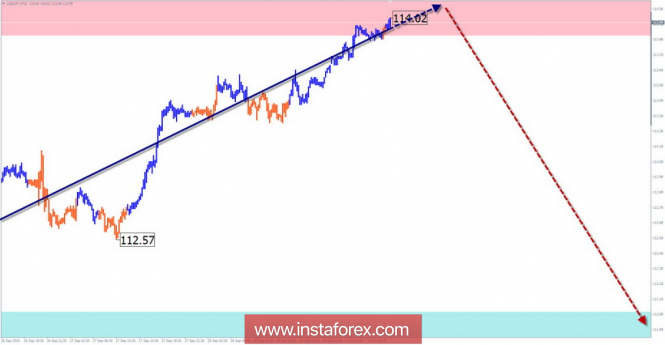 In the coming days, volatility is expected to increase with a price pullback. Yet, there may be risks because of the small potential for lowering sales. In the area of the calculation zone, it is recommended to monitor the emerging signals for entering long positions.