On the beginning of June 19, in the daytime wave, this section has become a correction (B). 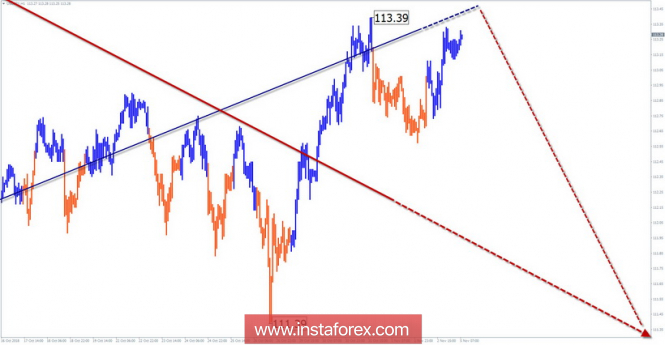 The rising wave of October 26 completes the larger bullish pattern, which has formed the “expanding triangle” figure on the chart. 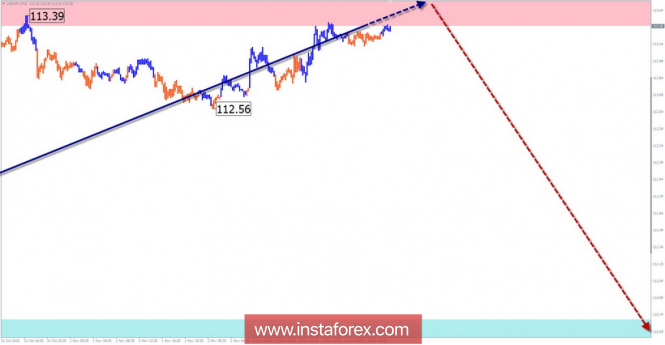 The price for the decline in the near future. For the completion of the current waveform.

Explanations to the figures: The simplified waveform analysis (A – B – C). For the analysis, the main TFs are used. Zones show calculated areas with the highest probability of reversal.

The arrows indicate the number of wave markings used by the author. The solid background shows the formed structure.

Note: The wave algorithm doesn’t take into account the duration of tool movements over time. To trade a trade transaction, you need to confirm your trading systems!