The rising wave dominates with a starting point on March 26. A rising high wave level indicates an imminent transition to a larger scale of motion.

From the middle of July, a descending wave in a wrong structure is forming, which will then become a correction. 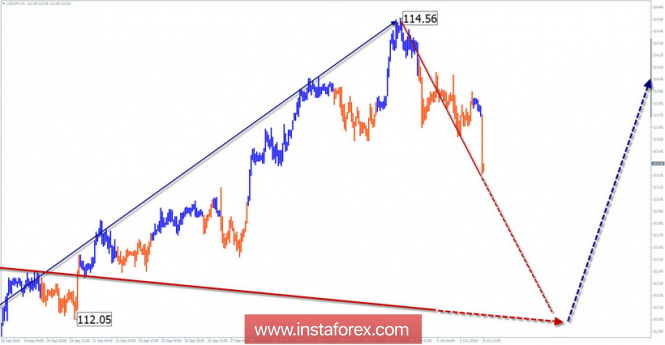 A bearish wave forms from the resistance zone on October 4. In the hour-wave model, the plot will become the final part (C). 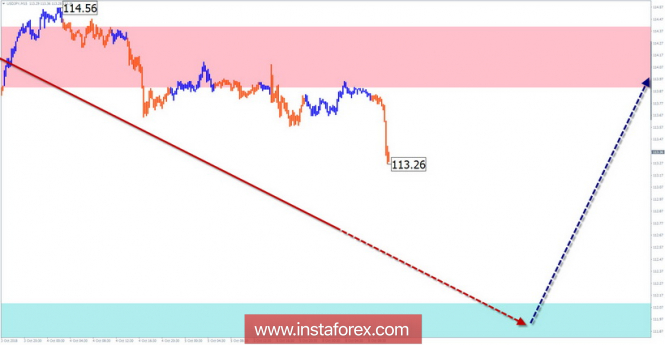 On a small scale, technical support for intraday can make sales. A lot is more reasonable to reduce. For the purchase of the pair.

The simplified wave analysis uses waves consisting of 3 parts (A – B – C). For the analysis, three main TFs are used. On every last part, the incomplete wave is analyzed. Zones show calculated areas with the highest probability of reversal.

The arrows indicate the wave marking by the method used by the author. The solid background shows the formed structure while the dotted shows the expected movement.