Speculators, as always, are at a loss

On Monday, the British pound fell by 173 points as it prevail over the market and probably, will prompt the decline in the medium-term. The reason for this was the resignation of Boris Johnson as foreign minister (following the resignation of Brexit affairs minister David Davis). Now, the issue of Theresa May’s impeachment has further intensify. 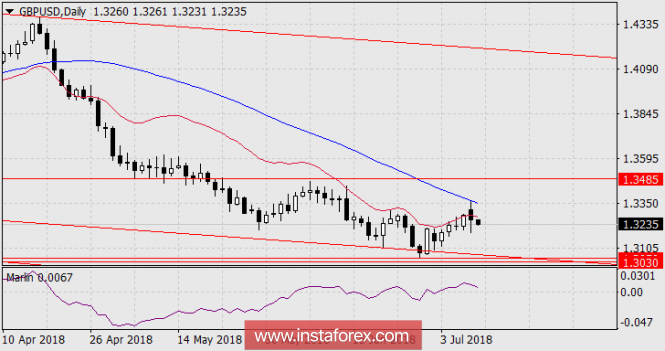 Technically, the price was accurately reflected from the blue trend line and the current session opened under the balance sheet. The line of the Marlin oscillator is already close to the possible transition to the negative zone. 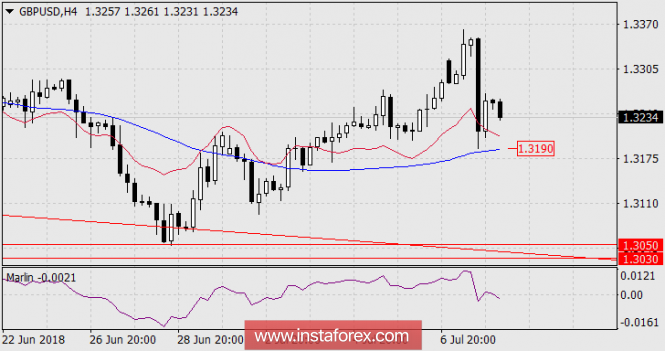 To confirm the declining trend, it is necessary to overcome the trend line support on the 4-hour chart (1.3190 level coincides with yesterday’s low), then it is possible to attack the support zone 1.3030 / 50 with further target to the lower border of the price channel at 1.2818.

Today, important UK macroeconomic data on will come out. The industrial production in May is expected to grow by 0.5% after the previous compression by -0.8%. Production in the construction sector is expected to be slightly better, showing 0.4% growth versus 0.5% in April. The trade balance for May is projected to improve from -14.0 billion pounds to -11.9 billion pounds. At 9:30 AM London time, the GDP estimate for May will come out, followed by the NIESR GDP forecast for June.

In the last few weeks, the forecasts of British economists have been overestimated, which is probably due to psychological factors. But this time, there is also an optimism of the analogy since Germany’s industrial production for May released last Friday and showed an increase of 2.6% against the forecast of 0.3%. But the similar factor of the positive German indicator could become a catalyst for the pound’s fall in the case of slightly weaker than the forecast figure for the Great Britain.