Tariff and already geopolitical “dance” of the USA and China continues

Despite the fact that at the beginning of this week, the States announced the resumption of the negotiation process with China on customs duties in December of this year. Yesterday’s news that US Vice President M. Pence sharply criticized China in his upcoming speech, saying that he intervened in the results of elections in the United States and in world politics, indicate that the States in their trade and geopolitical struggle with Beijing are moving to a new level, which makes the probability of reaching a trade agreement, at least in the near future, illusory.

Against the background of this news, the yield of government Treasury bonds rose sharply in the United States. Thus, the benchmark yield of 10-year-old treasuries jumped to the level of 3.181% from the opening level of 3.061%. Today in electronic trading, the same dynamics continues. The yield of these government bonds is growing by 2.02%, to 3.225%.

Of course, this wave is marked by a sharp appreciation of the US dollar. The ICE Dollar Index rises by 0.08% in the morning and is at the level of 95.75 points.

In the foreign exchange market, the US dollar is growing steadily in relation to all major currencies with the exception of Canadian and Japanese. Its dynamics is explained not only by the expectation of the continuation of the Fed rate hike cycle, a strong increase in Treasury yields, but also by its purchases as a refuge currency in the wake of the new geopolitical aggravation in relations between Washington and Beijing. The low profile of the USD / CAD currency pair is explained by the growing expectations that the Central Bank of Canada can decide on raising the cost of borrowing in the near future, as well as the achievement of Canada’s trade agreement with the US within the USMCA. And, of course, the rise in oil prices plays an important role in stabilizing the pair. As for the USD / JPY currency pair, it is kept from the growth factor of demand for the yen in a period of tension in the world.

The single currency is falling in the wake of a new debt aggravation in Greece, which indicates that this problem is unresolved, despite the huge financial injections of the EU into the economy of this country.

Assessing the current situation on the market, we believe that the US dollar in the short term will maintain the potential for local growth.

The currency pair is trading below the level of 1.1500 in the wake of the exacerbation of the Greek debt crisis, as well as the growing tensions in relations between Washington and Beijing. Against this background, we consider it possible to sell the pair with a target of 1.1400 on a probable growth from 1.1500.

The currency pair AUD / USD pair is trading near the level of 0.7085. The growth of not only trade, but also geopolitical tension between the United States and China will put pressure on the pair. On this wave, although it may locally recover to 0.7120, we consider it possible to sell it on growth with a probable target of 0.7020. 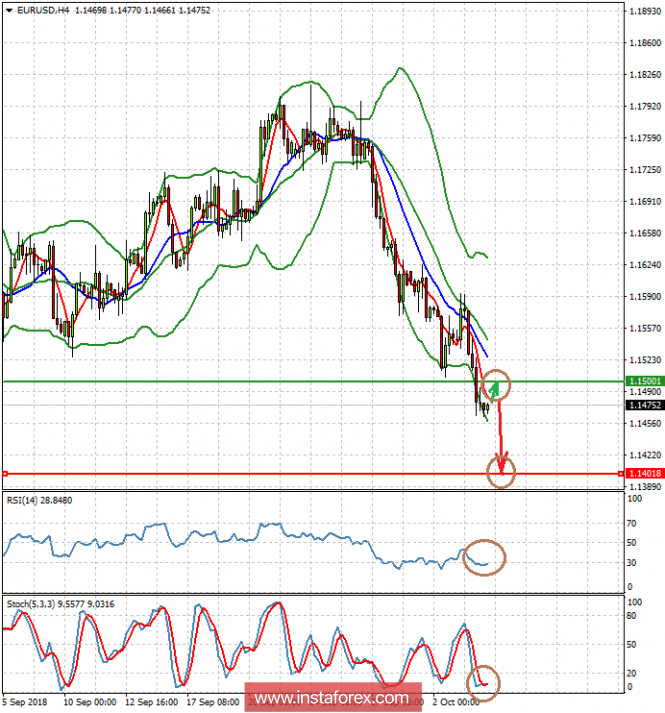