Technical analysis of USD/CHF for October 05, 2018 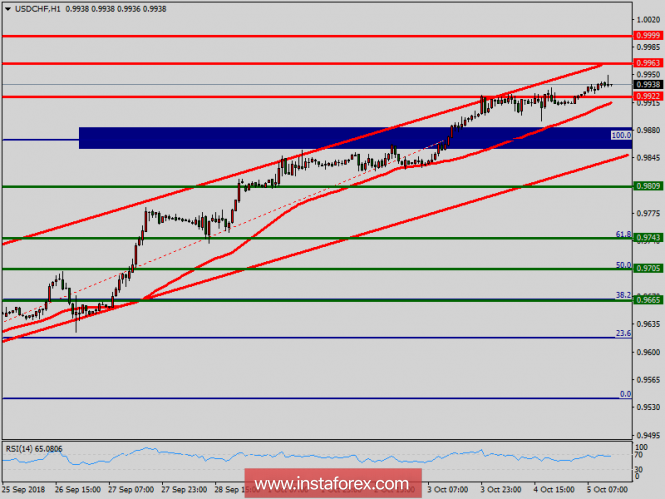