Technical analysis of USD/CHF for September 11, 2018 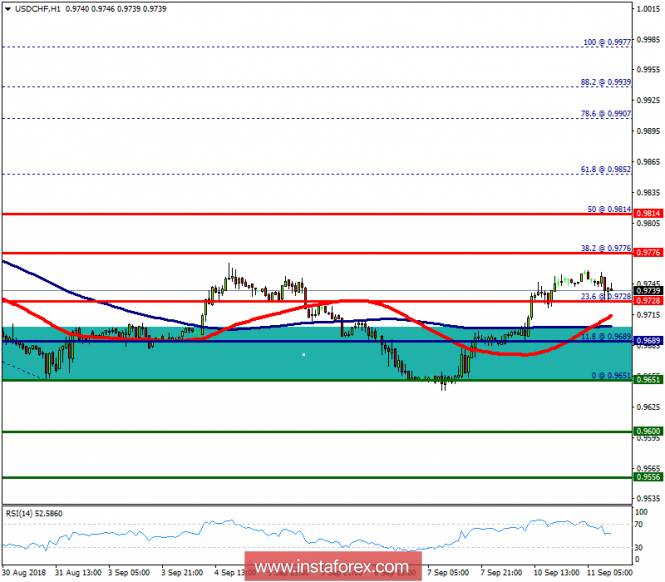 The market is still trading above the weekly pivot point (0.9689). It continued to move downwards from the level of 0.9689 to the bottom around 0.9651. Today, the first resistance level is seen at 0.9728 followed by 0.9776, while daily support 1 is seen at 0.9651. The USD/CHF pair broke support which turned to strong resistance at 0.9776. Right now, the pair is trading below this level. It is likely to trade in a lower range as long as it remains below the support (0.9698) which is expected to act as major support today. This would suggest a bearish market because the moving average (100) is still in a negative area and does not show any signs of a trend reversal at the moment. Amid the previous events, the USD/CHF pair is still moving between the levels of 0.9689 and 0.9600, so we expect a range of 89 pips in coming hours. Therefore, the major resistance can be found at 0.9728 providing a clear signal to sell with a target seen at 0.9651. If the trend breaks the minor support at 0.9651, the pair will move downwards continuing the bearish trend development to the level of 0.9600 in order to test the daily support 2. Overall, we still prefer the bearish scenario which suggests that the pair will stay below the spot of 0.9728 today.