The US economy shows strong growth, as evidenced by recent data. But will this extravaganza last against the backdrop of a trade war between the States and China? That’s what markets care about.

Published on Wednesday, revised US GDP data for the second quarter showed a strong growth of the US economy to 4.2% vs. 4.1% and a forecast of a slight slowdown to 4.0%. The deflator also maintained its growth rate, 3.2%. Added the price index of personal consumption expenditure to 1.9% from 1.8%. But the negative is the decrease in real consumer spending in the second quarter to 3.8% from 4.0%, although they were expected to drop to 3.9%, and slightly lower the current account balance, to -15.9 billion dollars from -17.5 billion dollars and the forecast -15.2 billion dollars. In addition, corporate profits fell noticeably in the current quarter, reducing growth to 2.4% from 8.7%. It was expected only a small correction to 3.9%.

Of course, as a whole, while the data of economic statistics show strong values, but here we should take into account the fact that the data demonstrate for the time being the consequences of D. Trump’s economic policy, which, first of all, includes tax stimulation by increasing to an unprecedented scale of public debt. These figures do not yet reflect the consequences of the trade war, which began only a couple of months ago. But they will certainly be, which, in our opinion, will lead to a decrease in the rate of economic growth in the States and in China.

We do not expect that the achieved agreements on NAFTA with Mexico and Canada fully compensate for losses from the trade war with China, so we are of the opinion that strengthening the confrontation after a while will affect the moods in the elites of these countries and they will seek a compromise, but this will already be in other conditions and under other circumstances. In the meantime, it is possible to say with high probability that the demand for protective assets will “wake up” on any negative news that will generally support the dollar and the Japanese yen, and the overall dynamics of the currency market will be expressed in a protracted period of consolidation.

The AUD / USD currency pair is trading above the 0.7275 level, remaining in the sideways range. A breakthrough at the mark of 0.7310 could lead to its local decrease to 0.7260. We consider it possible to buy it at a decrease with a local target of 0.7345.

The currency pair USD / CAD is trading above 1.2900. It could fall on the backdrop of a positive outcome of the negotiations on an agreement between the US and Canada on free North American trade (NAFTA). We consider it possible to sell the pair at its decline below the level of 1.2900 with the target of 1.2820. 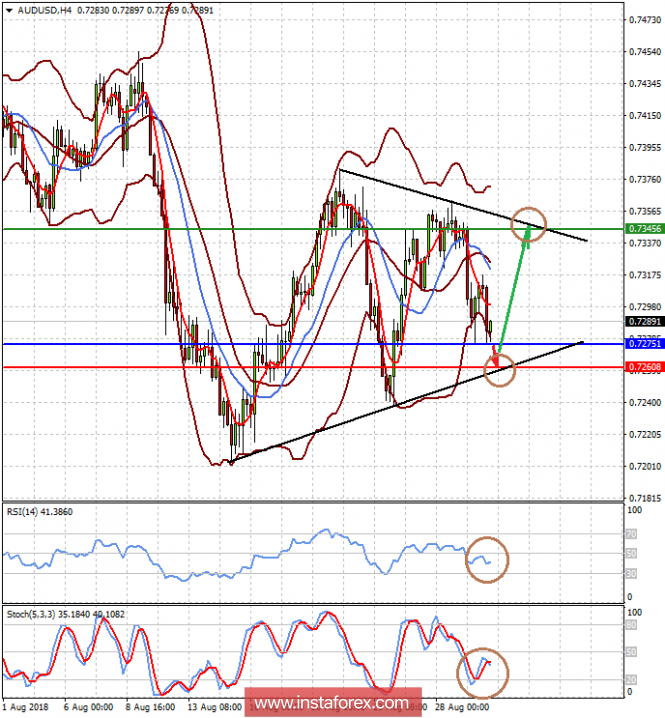 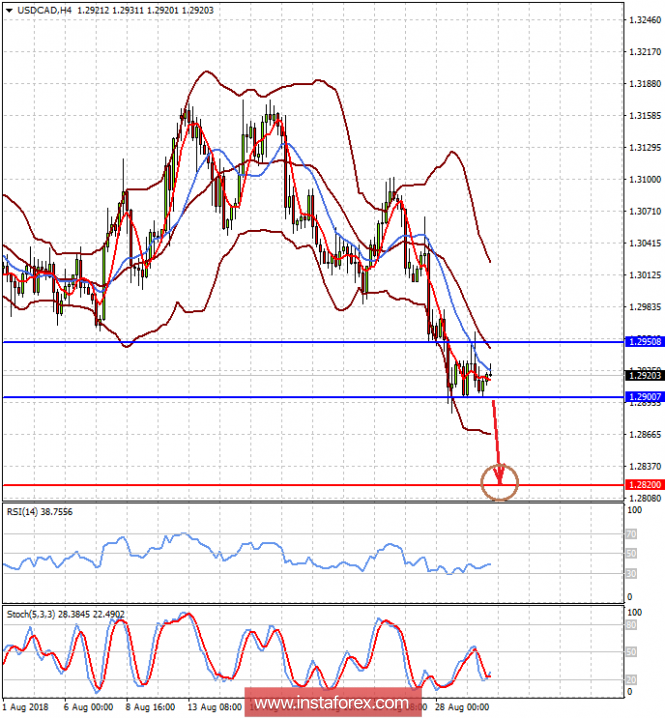