The dollar approached the danger line

If the “bears” for EUR / USD do not show special zeal on a favorable background, is the market ready to continue selling the main currency pair? Despite the increase in the likelihood of four increases in the federal funds rate by 12 pp. within a month, the “hawkish” rhetoric of FOMC representatives and the threat of Donald Trump to introduce additional import duties against China, the dollar is in no hurry to take advantage of its trump cards. Investors are not at all sure of the continuation of the rally in the USD index, because the US economy does not have to grow as fast as in the second quarter. The fiscal stimulus is by no means a long-lasting factor, and if so, it is dangerous to buy an “American”.

According to the president of the Federal Reserve Bank of New York, John Williams, the Fed must make decisions based on where the economy is now, and where it goes. And if you have to push the yield curve to the red zone, the Central Bank should not worry about it. Yes, the indicator predicted all 7 recessions in the last 50 years, but the authoritative politician does not want to apply past experience purely mechanically. Conditions have changed. The same thing was said by Fed Chairman Ben Bernanke on the eve of the global crisis of 2008 … However, it is one thing when a moderately hawkish rhetoric marks a supporter of a monetary restriction, the other, if the same is done by the “dove” of the FOMC. President of the Federal Reserve Bank of Chicago Charles Evans believes that the Central Bank will have to raise the rate on federal funds above the neutral level, which it defines as 2.75%. “Bear” signal for EUR / USD, which the sellers did not hurry to take advantage of. 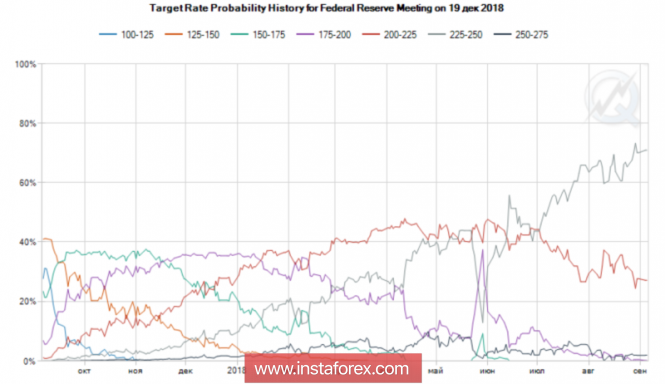 In general, the mood inside the Fed is quite understandable, at the end of September the rate will rise to 2.25%, the Central Bank does not seem to be slowing down and reacting to criticism of Donald Trump. Nevertheless, the factor of the normalization of monetary policy is already largely taken into account in the quotations of dollar pairs. But the escalation of trade wars can inspire “bears” in EUR / USD for new exploits. The expansion of import duties by $ 200 billion will be aroused by the further slowing of China’s economy and sales of assets in developing countries. The Celestial Empire produces about 30% of global GDP growth, and its problems go sideways to the global economy. The differential of its growth with the American analog increases in favor of the latter, which leads to the strengthening of the US dollar. It turns out that the culprit of the revaluation is Donald Trump, although he himself does not recognize this, nodding on the manipulation of China and the eurozone own currencies.

As for the euro, this money unit is not yet rushing to use investors’ doubts in the bright future of the US dollar and is reacting to the change in the political landscape in Italy. After the eurosceptics hinted that the draft budget of the republic would comply with EU norms, the yield of local 10-year bonds fell from 3.2% to 2.9%, and the bulls in EUR / USD went on the next attack.

Technically there is consolidation in the range 1.15-1.18. Breakthrough of its upper limit will increase the risks of implementing the target by 88.6% according to the pattern of the “Shark”. On the contrary, a successful support test at 1.15 will open the way to the “bears” for EUR / USD. 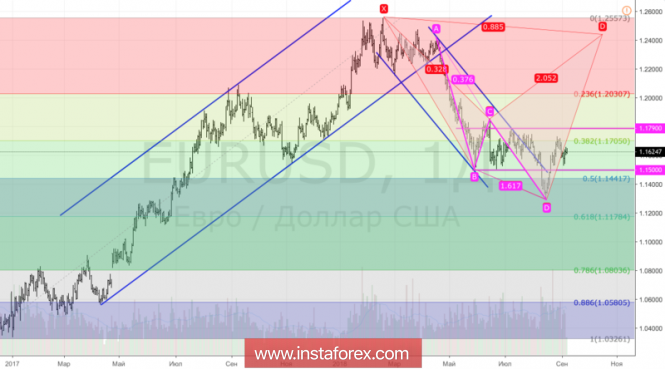