The dollar sweeps away barriers

It cost the Federal Reserve to show that it is not going to be led by Donald Trump and is ready at any time to accelerate the process of normalizing monetary policy, as investors turned to the US dollar. According to Randal Quarles, vice-president of the Fed for Supervision, the Central Bank should not pay attention to the temporary difficulties of inflation or other indicators, it must bend its line. The US economy is strong and the probability of a recession is extremely low. Is it possible against such a background that someone can resist the dollar?

The publication of the minutes of the September meeting of the FOMC was a turning point in the fate of the “American” in the week to October 19. The Federal Reserve believes that it can afford to raise the rate above its long-term projected level and make monetary policy moderately tight. For a while. In order not to overheat the economy and prevent the arbitrariness of inflation. The Central Bank is in open confrontation with Donald Trump, who does not tire of criticizing him. According to the President of the United States, his main problem is the Fed. Judging by the dynamics of EUR / USD, the markets are betting on the Federal Reserve and still do not intend to stand on its way. As for the owner of the White House, his intervention, as in the previous cases, had only a temporary effect. Those who learned to use them, bought a dollar in the dips.

Euro does not leave the policy alone. According to a Bloomberg expert survey, events in Italy are the main problem in the eurozone. Trade wars, a slowdown in the GDP of the currency bloc or the Chinese economy, and the difficulties of developing markets seem less dangerous to specialists than the conflict between Rome and Brussels. 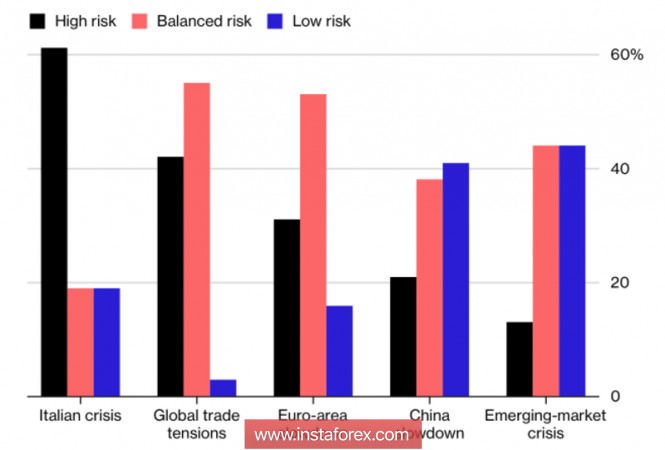 Italy put on the table the EU draft budget with a 2.4% deficit of GDP. This is less than in France, Japan or the United States, but three times overrule the obligations of the previous government. The European Union has already expressed its dissatisfaction, noting that the submitted document does not comply with the rules. The markets immediately responded by increasing the yield of Italian bonds and expanding their differential with German counterparts to the maximum level since 2013. This indicates an increase in political risks and is a “bearish” factor for EUR / USD.

Dynamics of yield differential of bonds of Italy and Germany 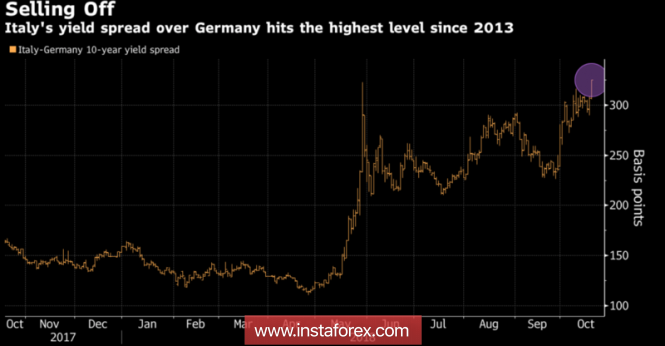 At the same time, experts polled by Bloomberg expect that the ECB will begin to actively adjust its monetary policy only in 2020. By this time, the federal funds rate may rise to 3.25-3.5%. Divergence in the monetary policy of the Fed and the European Central Bank, as well as the different rates of economic growth in the United States and the eurozone, contribute to the development of a downward trend in the main currency pair. It can accelerate if statistics on US GDP for the third quarter, scheduled for the end of the week by October 26, will show that the United States has maintained momentum. 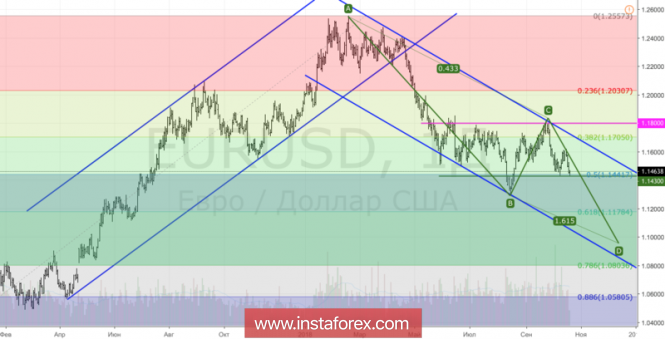