Published on Wednesday, the minutes of the last meeting of the Federal Reserve on monetary policy clearly showed that at the September meeting on the 26th, the regulator is going to once again raise interest rates by 0.25%.

The minutes of the meeting showed the Fed’s clear intention to raise interest rates at the September meeting. This was explained by the need to compensate for the strong growth of the economy, so that this did not cause its overheating with a further negative prospect of falling into a recession. In addition, the members of the Federal Open Market Committee (FOMC) made it clear that they are alarmed by the uncertainty factor due to trade wars that could damage the national economy. The regulator also reported that it will continue the process of increasing the cost of borrowing, until the level is no longer stimulating the economy, but also not hindering its development rates. Another important point is the elimination of the phrase from the context of the protocol and in general the lexicon of the Federal Reserve that rates are stimulating.

In the wake of the publication of the minutes, the US dollar gained support against all major currencies. Perhaps, its further strengthening will intensify if negotiations between the U.S. and China on customs duties fail. In this case, the dollar will again be treated as the safe-haven currency on a par with the yen, the Swiss franc and US Treasury government bonds.

And there really is such a prospect. Today, China’s commerce ministry reported that China will file a complaint to the WTO (World Trade Organization) on US tariffs. In addition, it was stated that it was strongly opposed to American duties and would be forced to continue to take retaliatory measures. Such a statement may indicate two things. On the one hand, the talks have not yet begun, and the Chinese are raising the stakes before the meeting. On the other hand, they are already on the way, it’s just that this is not yet advertised and such a statement indicates problems that can lead to another inability of the parties to agree.

If this scenario takes place, it can be expected that it will cause a new wave of fears for the future of the world economy and a decline in investors’ interest in buying risky assets. This will definitely cause demand for the US dollar, which, while receiving support, against the background of the process of the Fed’s interest rate hike, will only increase its pressure on the foreign exchange markets.

The forecast for today:

The EUR/USD pair is testing the level of 1.1550 on the wave of continuing expectations of a rate hike from the Fed. The fall of the pair could intensify if the ECB’s minutes shows a high degree of caution in the regulator’s desire to change its monetary course. Against this background, the pair may fall after overcoming the level of 1.1550 to 1.1500, with the prospect of a decline to 1.1445.

The AUD/USD pair remains under pressure in anticipation of the outcome of the meeting between the Americans and the Chinese. A fall below 0.7285 could cause the price to drop to 0.7240 or even lower, to 0.7200. 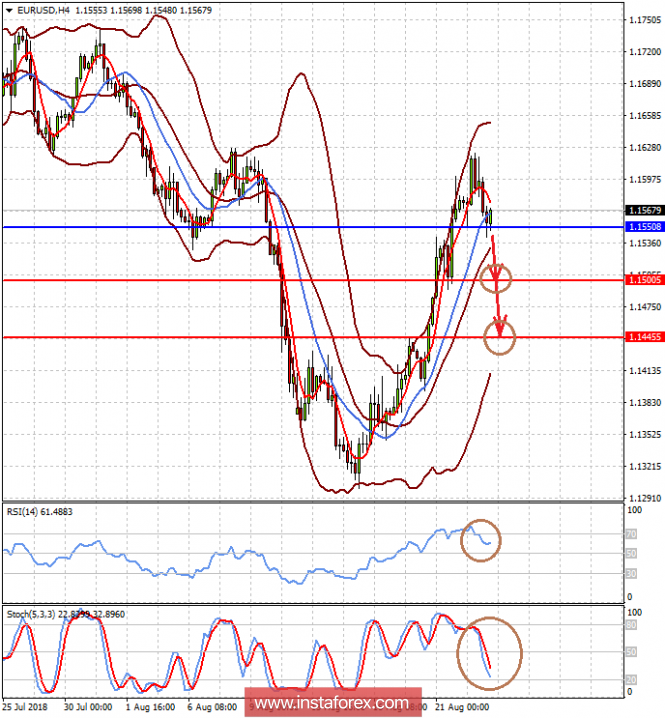 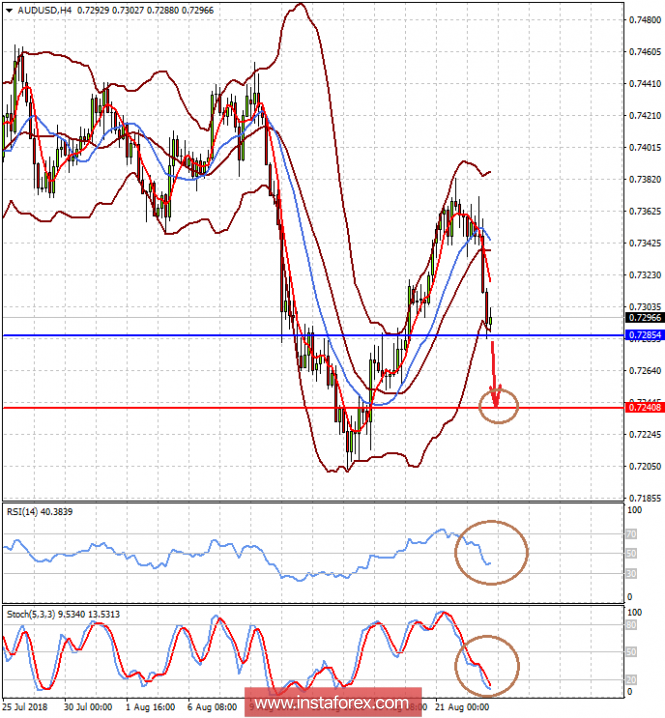