At the end of Thursday, the US dollar received significant support against major currencies. Moreover, even the safe haven currency decreased in relation to the “American”.

Strengthening the dollar continues to be systematic. We have repeatedly pointed out earlier that there are too many objective reasons that support investor interest in the US currency. First of all, the Fed’s persistent position in the desire to actively raise interest rates, which is signaled more clearly or less prominently by representatives of the American regulator, relates to them. The second reason is the trade war between the United States and China, which is becoming “heavier” and the growth of geopolitical tensions. And, of course, against this background, it is difficult for the world’s largest central banks to decide on the transition to a cycle of raising interest rates. In this case, the Fed is the only global central bank that has been following the normalization of monetary policy for years.

The markets are increasingly growing fears that the risks of a slowdown in the global economy will also affect the United States, which in the future, paired with the process of increasing borrowing costs, will lead to a cooling of the economy, and this will be a strong reason for a downward reversal of US stock indexes increase in the yield of local government treasury bonds. Naturally, in this case, in our opinion, the dollar will be in demand both as an asset with high returns and as a tool for ensuring risk in the face of an impending new crisis.

Today, the attention of market players will be drawn to the publication of data on US GDP for the third quarter. According to the presented forecasts, the value of the indicator may drop significantly when it is revised to 3.3% from 4.2%, the indicator deflator can drop to 2.1% from 3.3%. If the data confirms the expectations, then it can strike the US stock indexes, and oddly enough, the dollar, on the contrary, can be supported precisely because of its function of the shelter currency.

The currency pair EUR / USD is trading below the level of 1.1380. It is under pressure from the outcome of the ECB meeting, which showed that the bank will be extremely cautious in its actions in monetary policy, which indicates a tendency towards its “soft” variant. Pressure on the pair is also exerted by the strengthening of the dollar’s position as a safe haven currency. Given this, we believe that the pair may continue to decline to 1.1380, if it holds below the level of 1.1300.

The currency pair AUD / USD is trading below the level of 0.7050. It still remains under pressure in the wake of the US-Chinese trade war factor, with which Australia has close trade relations. We consider it possible to sell the pair on its local increase from 0.7050 with a probable target of 0.6965. 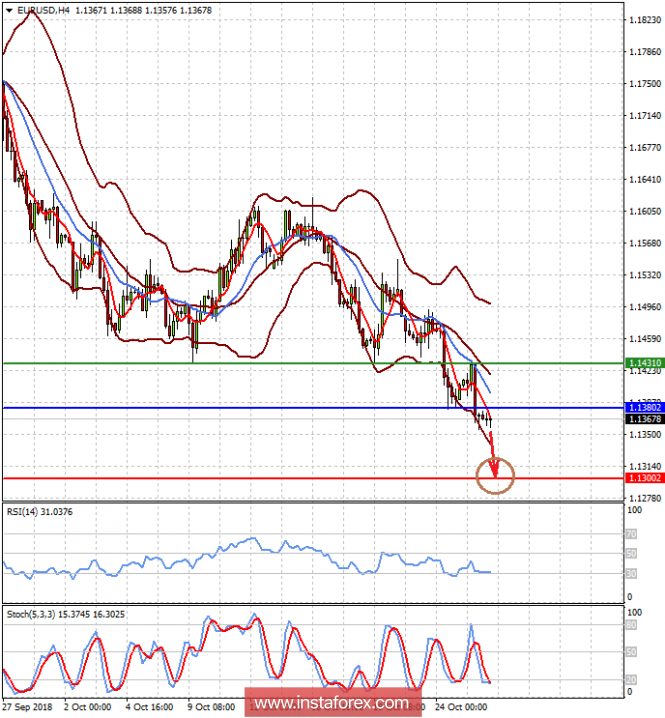 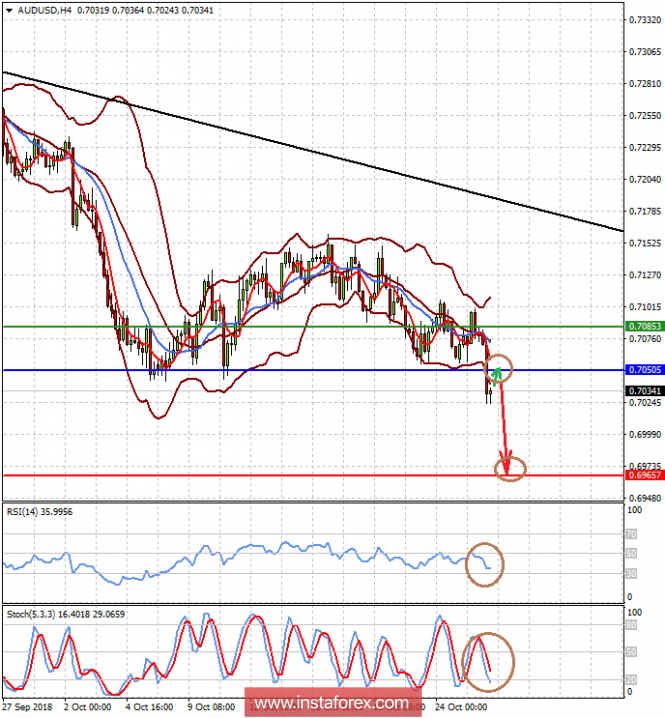