The Fed’s November meeting: waiting for hints about the December hike

After the announcement of the first results of the elections to the US Congress, the dollar was under considerable pressure, as the lower and upper houses of the legislature were divided between Democrats and Republicans. The dollar index slipped to 95.55 points, reflecting the weakening of the currency in all dollar pairs. The possible imbalance of the American political system has frightened traders – especially against the background of loud statements of Democrats concerning new investigations concerning the president, as its results could even lead to impeachment.

However, during the US session, the situation was unexpectedly smoothed by Donald Trump himself. He expressed readiness to cooperate with the Democratic party, expecting relevant legislative proposals on the development of health care and infrastructure from their representatives. The main message of yesterday’s speech was that the White House (as well as the Republican party as a whole) is ready for constructive negotiations and effective cooperation.

In other words, on the one hand, he admitted the defeat of the Republicans in the House of Representatives, but on the other hand, hinted that now the Democrats have legislative levers that should be used not for their political purposes (“digging” for the Republican President), but “for the benefit of the American people.” The willingness of Trump to dialogue pleased the traders, after which the dollar regained its position – in particular, the EUR/USD pair moved away from daily highs (1,1500) and ended the trading day at 1.1425.

In my opinion, Trump’s speech from yesterday has the character of a political prop. He was forced to curtsy to the Democrats and “pass the ball” on their field, shifting the responsibility for the further actions of the Lower House of Congress. However, such a broad gesture is unlikely to reduce the intensity of the confrontation between the Democratic party and the White House – especially after the “donkeys” took control of the house of representatives from the “elephants”. Of course, the Democrats will not be able to block absolutely all of Trump’s legislative initiatives (because in the end it can play against them), but this fact does not prevent them from conducting new investigations against the American president, thereby reducing the likelihood of his re-election for a second term. 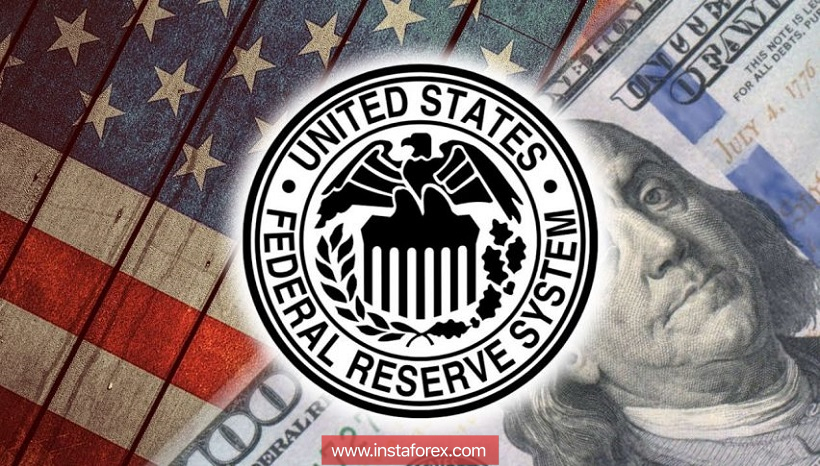 Having come to this conclusion, traders again reduced interest in the dollar, after which its growth has been suspended throughout the market. The greenback remained under the background pressure in anticipation of the main event of today – the November meeting of the US Federal Reserve. Although this meeting is considered to be a “walkthrough”, its results can cause quite strong volatility among dollar pairs. The fact is that the market is beginning to gradually focus its attention on the future prospects of monetary policy, as the probability of a December rate hike is already at 76%. The slowdown in September inflation and weak wage growth are unlikely to affect the determination of Fed members to raise in December, but at the same time may affect the tone of their rhetoric.

Let me remind you that after today’s meeting, there is no press conference for Jerome Powell, so traders will have to “settle for” only an accompanying statement. However, the text of this statement can give answers to many questions – for example, how high is the probability of a rate hike at the spring meeting, taking into account the latest trends in the US economy. And it’s not just the slowdown in consumer prices. There are other reasons for concern, which the regulator can turn its attention to (but again – only in the context of future prospects).

In particular, we are talking about the weak dynamics of consumer spending, as well as the decline in the US housing market: in September, the pace of housing construction in the US significantly decreased, and the corresponding figures fell to three-year lows in the southern states. Activity in the country’s manufacturing sector also decreased: the number of new orders fell to 1-a-year lows. Thus, in October, the ISM index fell to 57.7 points, while in September this indicator came out at the level of 59.8. Strong Nonfarm, on the one hand, speak about the strengthening of the labor market, but, on the other hand, there is its own “fly in the ointment”. An analysis of the Fed’s recently published Beige Book suggests that there is a shortage of labor (especially skilled labor) in many regions of the country. Although this nuance is secondary, it can still be taken into account by Fed members.

Thus, the results of the November meeting of the Federal Reserve should: a) confirm the intention of the members of the regulator to raise the interest rate in December; b) outline the future prospects of monetary policy. And if the first point is indicated more or less clearly in the accompanying statement, then the outlines of the long-term prospects will have to be “deciphered” by the traders themselves on the basis of the general tone of the text.