The markets fell into prostration again

Activity in the foreign exchange market has fallen markedly on the wave of the uncertainty factor, which is still going on, which is still being produced by the US in the struggle for world dominance in both political and economic spheres.

Investors are in the state of incomprehension, what should they do with the background of the Turkish debt crisis, the trade war between the US and China and other lesser trade wars, and then a new statement by US Treasury Secretary S. Mnuchin stating that Ankara should “quickly” let go of the American pastor. If this is not done, then he threatened with new sanctions. In general, what is happening now between the United States and a large number of countries in the world clearly states that America is extremely concerned about the possibility of losing political influence, which in the long run will cause and lose economic, which is, in fact, the basis of its well-being at present time.

But the desire to solve many contradictions and accumulated problems by force was the basis for the uncertainty factor and increased economic risks in the world. Watching this state of affairs, investors are slow to take any important actions in the markets. In fact, they took a wait-and-see attitude. This is why we are witnessing a prolonged period of consolidation in the US equity market, an increase in demand for defense assets and a strengthening of the US dollar. Of course, the dollar is still supported, and we expect an increase in interest rates by the repatriation of capital. However, its function as a protective asset is important in the face of threats to the world economy and the same uncertainty.

Given the current state of affairs, we believe that the dollar will be in demand, so it should be bought on local declines.

Today, the market will focus on the publication of data on consumer inflation in the eurozone and Canada. It is assumed that inflationary pressures in these countries will remain unchanged, but it is unlikely to have a significant impact on the euro and the Canadian dollar. But if the figures turn out to be higher or lower than the forecasts, we can expect either a local growth of the euro and the Canadian or a decline.

The EUR/USD pair is trading above the level of 1.1365 and may try to partially recover towards 1.1430 if there are positive data on consumer inflation in the euro area. However, we still believe that the pair should be sold at an upside with probable local targets of 1.1365 and 1.1265 after overcoming the 1.1365 mark. 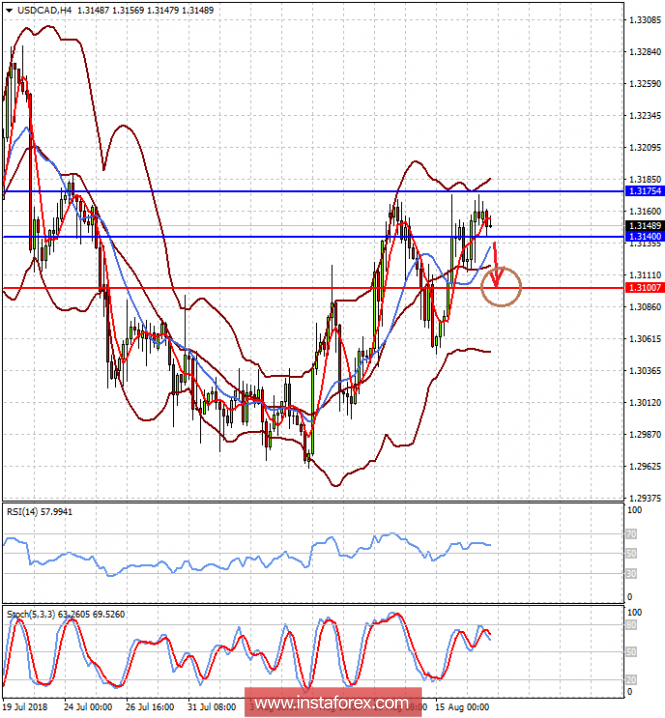