The “Canadian” has everything for local growth

The general picture of uncertainty in world markets continues to persist. There are several reasons for this. This is the continuation of the holiday period, until the end of which there are two weeks, the Turkish financial crisis and the expectation of the result of new negotiations between China and the States on customs duties.

As for the period of holidays, the second half of August is traditionally the “dead season”, since a significant number of investors at this time are absent from the markets, and political activity is dying, which is activated already in the first days of September with the end of vacations for officials and parliamentarians.

The impact of the Turkish financial crisis remains limited. It did not spread to Europe, although it had a strong negative impact on the local financial sector. Other emerging economies are also holding a blow.

Indeed, it is possible to single out only the expected meeting between the Chinese and Americans, which was announced in Beijing last week. The theme is all old, an attempt to resolve trade contradictions. Whether it will be possible to achieve this, while it is difficult to say, but the fact that the sub-game between Washington and Beijing continues, it is clear as a divine day. Trade war, by and large, is not beneficial to either side. But the bundle of contradictions is so large that it is not necessary to count on solving this problem yet. Therefore, in our opinion, the preservation of the uncertainty factor will provide general support to the US dollar rate, which we still believe should be bought on local declines, but not in tandem with the Canadian currency.

On Friday, data were released on consumer inflation in Canada, which exceeded all expectations and revived in the markets the expectation that already at the September meeting, the local CB would decide to raise the key interest rate from 1.50% to 1.75%. These expectations are indeed adequate, so we do not consider sales of the Canadian currency against the US dollar. We believe that she has good reasons for continuing local growth.

The currency pair EUR / USD is trading above 1.1400. Its recovery was facilitated by fixing profits on the US dollar and reducing the tension around the Turkish debt crisis. It can be assumed that if the price does not rise above 1.1440 and falls below the 1.1400 mark, then it can continue the local decline to 1.1360.

The currency pair USD / CAD is above the 1.3050 level. The pair may fall to 1.3000 on the wave of expectations of the Canadian CB’s rate of increase in September. But before it can also recover on the wave of local oversold to the level of 1.3085. We consider it possible to sell the pair from this level or after its decline below the mark of 1.3050 with the same goal of 1.3000. 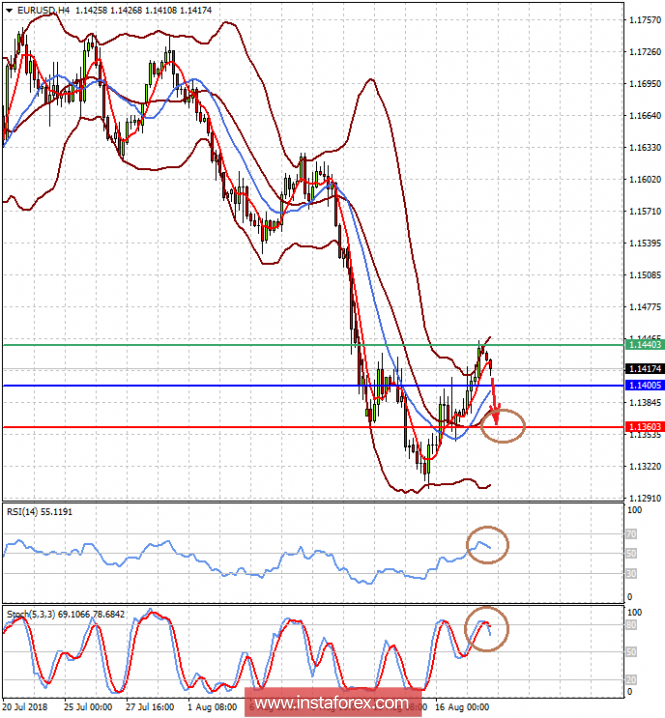 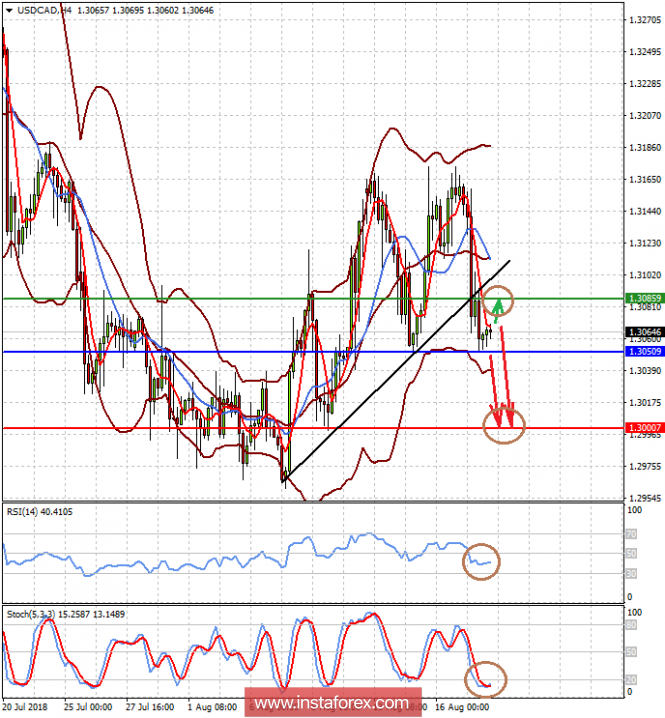